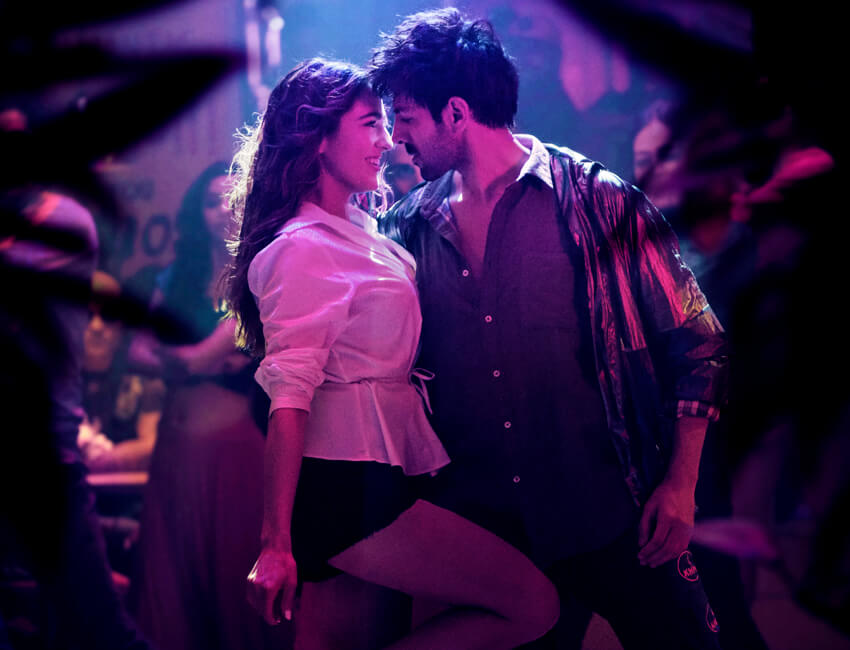 The new song from Imtiaz Ali’s much-anticipated romance, Love Aaj Kal is a groovy, lively number that not only captures the contemporary vibe of the film but even it’s philosophy. Quirky and fresh, the song ‘Haan Main Galat’ speaks about doing what feels right despite the ways of the world.

Starring the much in news pair, Sara Ali Khan and Kartik Aaryan in the lead, Love Aaj Kal presents a contemporary and relatable portrayal of two stories- one set in Udaipur in the early 90s and the other in modern-day Delhi, as they interact to learn (or perhaps unlearn!) from each other the different facets of love, commitment, and relationships.

The soundtrack of the film reunites filmmaker Imtiaz Ali, composer Pritam, and lyricist Irshad Kamil and celebrates the different facets of being in love and its expression then and now aaj aur kal.

The song ‘Haan Main Galat’ finds an important place here as it reiterates the importance of questioning rules of the world, across generations and pursuing what feels right to the heart. It features the characters of both the stories – Veer & Zoe of modern-day Delhi and Raghu & Leena of Udaipur in the 1990s as it gives us an exciting, nostalgic and relatable glimpse of both these worlds. Haan Main Galat has a very strong and exciting visual language that is hard to miss.

According to Imtiaz who is both the Director and Producer of the film, “This video is a museum of film. The old film posters, the graffiti and everything else you see here is symbolic and means something in the film. It captures the freshness, the nostalgia and the overall vibe of Love Aaj Kal.”’

Pritam elaborates on his process, “We wanted something light and exciting but also something that stays with you; something that captures the essence of the film. Haan Main Galat is a song you would dance to but also remember.” Irshad Kamil adds, “This song is the point of view of today’s youth and their reaction to the pre-conditioning enforced on them by societal do’s and don’ts. Now they have reached a tipping point where they refuse to shape and reshape themselves as per the society, and choose to carry on with the acceptance that Haan Main Galat.”

Producer Dinesh Vijan of Maddock Films says, ” Haan Main Galat is a fantastic song that captures the energy of the youth in modern times. It showcases the two stories of Aaj and Kal in the film with a quirk and eclectic rhythm. With an intriguing, tongue-in-cheek hook line – Do it with a Twist, the song reminds us of the 2009 chartbuster ‘Twist’ from the earlier Love Aaj Kal. I’m sure our audience will love it. “