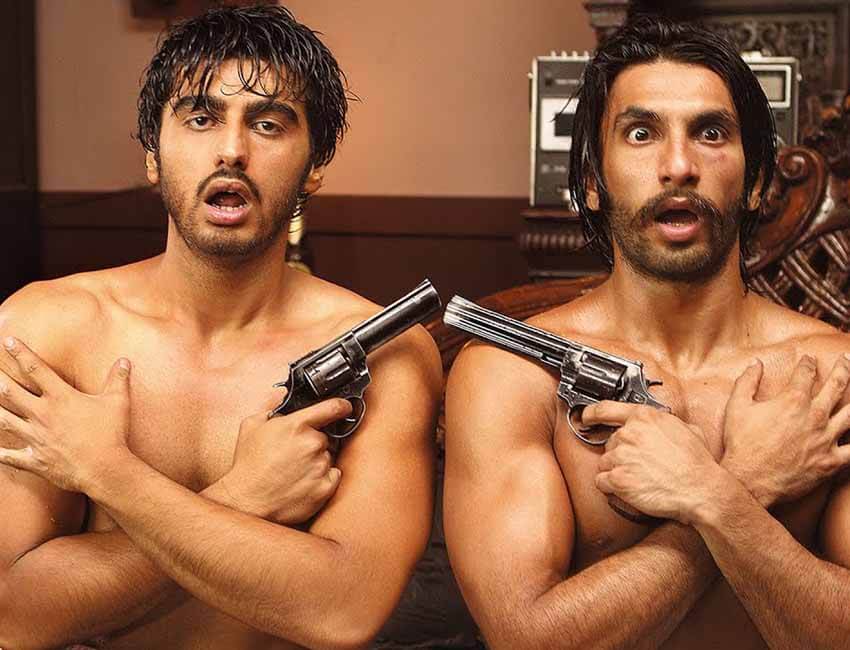 ‘Gunday is a film that allowed us to be best friends!’ : says Arjun Kapoor, who decodes how his bromance with Ranveer Singh in Gunday gave India an on-screen jodi that people loved instantly

Arjun Kapoor and Ranveer Singh’s on-screen bromance in Gunday was an instant hit as audiences really loved their camaraderie! On the 7th anniversary of the film’s release, Arjun speaks about why Gunday is and will always be one of his favourite movies.

What did you love about Gunday that made you sign the movie instantly?

-At the time I was starting my career, I was hardly 6 months old in the business and Adi sir offered me a film which was a two-hero ensemble, big commercial set-up. When I met Ali (Abbas Zafar), I loved his energy and his excitement towards treating it like a larger than life adventure. It was like a throwback and a tribute to the 70’s & 80’s cinema that even I grew up watching. The Mukul Anand, Subhash Ghai space of cinema and at the same time a film about brotherhood and gangsters. When you are a young actor starting out, these are all trappings that you love exploring and doing in mainstream cinema. You want to establish yourself at the beginning. You want to do mainstream stuff with a sense of heightened reality and that’s what Gunday was actually. I got really excited about doing something so front footed and mainstream.

Your bromance with Ranveer in the film was an instant hit. Tell us what made the bonhomie so special.

I think it was the off-camera love and respect we had for each other because we realised how much we have in common in fact we are born just ten days apart from each other! It was much simpler for us to bond than we realised and you let go of being actors when you are starting out. At that stage in your life you are not thinking about your career and rivalry. You are just trying to make the best film possible and have the most fun. Ranveer and I also knew each other before the film so it made it a little simpler to break the ice onset. Credit to Ali for writing a film that allowed us to be best friends. He was a big factor for me and Ranveer to become so close. It just happened, it was just the flow. It’s like chalk and cheese even though we are poles apart we still manage to fit together. It’s like sugar and spice, they are opposites but they both sound good together. We were two people who were completely different but we just ended up getting along and working well together. People sort of realised it when they saw the trailer where both of us looked good together as a unit but I think we realised it while filming itself that this relationship is something special.

Not To Miss :- CUTEST THING TO WATCH ON INTERNET TODAY

Gunday presented you in an all new avatar. What did you love about your character in the film?

-What I loved the most was the costumes. To play a character in the 70’s, a gangster, it’s always exciting to go into. It was my first-period film at that time. The way I was styled, the way I was presented, the low angle trolleys and just being treated larger than life, running in slow motion, that introduction coming out of the train, landing on a coal train, I think the presentation was way bigger than any third film could have gotten me and it was very cool, very unique and very exciting. You normally feel you have to work a lot, before you can get that kind of scale but here I was Immediately, in the third film, within the first six/eight months of my career being presented as a larger-than-life action hero and I loved it.

Also Read :- Arjun kapoor : i feel priviledged to work with a man like sanjay dutt

What do you think was Gunday’s biggest USP because it connected with the youth instantly?

-I think the camaraderie between Ranveer and I was special but also to see such a big star cast comprising of the legend Irrfan sir, Priyanka Chopra, and us in this big-budget, blockbuster coming together, mounted the film in perception. After a long time, there was a two-hero film and the youth loved the music. I know for a fact that the music and trailer made all the difference. The title, having such action, the music of course because Tune Maari Entriyaan became a rage worldwide. At that point of time which is six years back, we shot that song on a huge scale and Tune Maari Entriyaan became a huge hit wherever we went to promote the film.

Must Watch :- ARJUN KAPOOR AND PARINEETI CHOPRA TOGETHER AGAIN