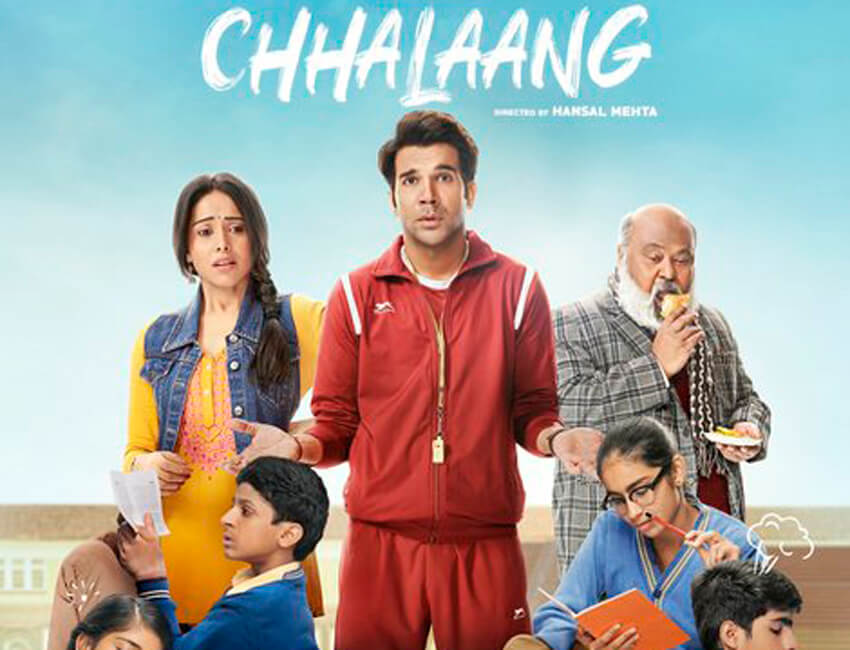 Rajkummar Rao and Nushrat Bharucha who will be seen together in the upcoming film Chhalaang, shared an adorable and motivating video for the students who are appearing for their exams across the country.

Going by the film’s posters which were released earlier and also featured school students in them, looks like kids play a prominent role in the film’s story and through this video message both actors are motivating all students for the ongoing exams.

All The Best To Every Student Appearing For Their Exams! Take This Chhalaang With Your Best Efforts & Don’t Take Stress! @nushratbharucha @chhalaangfilm

. Nushrat Bharucha also posted the same video and extended her wishes to the students.

In the fun video, the duo addresses the stress that each student undergoes and also, shares certain tips for them to cope up with the stress, easy-learning and motivate each of them to go ‘Chahalaang’ it, as we say it!

Chhalaang is directed by Hansal Mehta, produced by Ajay Devgn, Luv Ranjan, and Ankur Garg. The film releases on 12 June 2020.