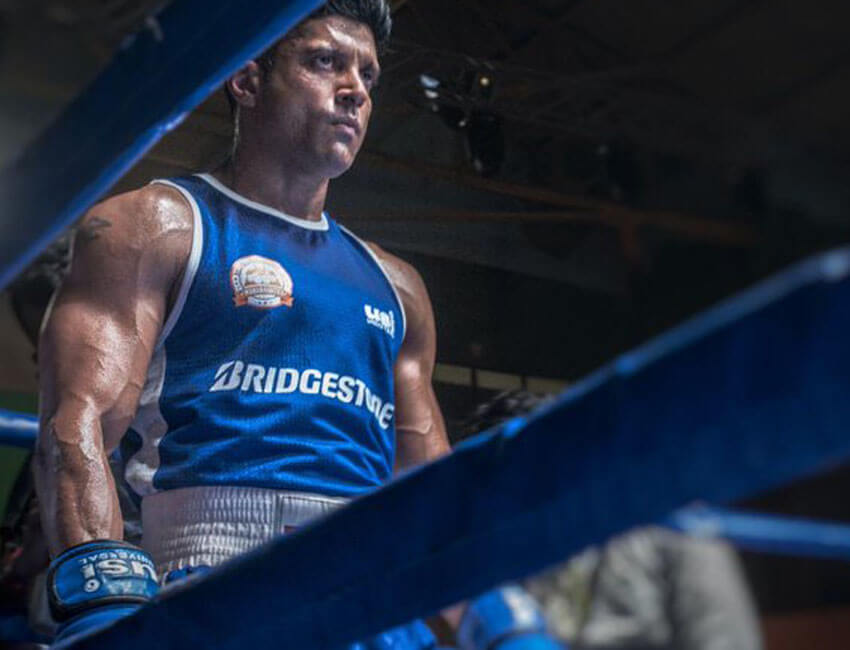 Farhan Akhtar is a multi-hyphenated artist who is currently working on his upcoming movie Toofan and well, just when we dive into the new year 2020, the actor has given us an exclusive image from the film- revealing his chiseled body and oh wow, the transformation is unreal. The actor took to his Instagram handle to share the photo and the intense look and the sweat dripping is surely raising the temperatures high.

To fit into the shoes of the character, Farhan has undergone a major body transformation and is also undertaking special boxing lessons to essay his role with perfection and by the looks of it, he has definitely aced it. It is his commitment to his craft that has propelled Farhan to becoming one of the most sought after actors of the industry.

Farhan has worked hard to ace the look of a professional boxer. Earlier also, he has essayed the role of another sportsperson, sprinter Milkha Singh in Bhaag Milkha Bhaag in 2013 and this look gives us a deja-vu, reminding us of his exemplary performance.

Farhan Akhtar has been keeping his fans updated with his journey of Toofan as he keeps sharing BTS pictures every now and then. Toofan also stars Mrunal Thakur, Paresh Rawal and Isha Talwar in supporting roles.

The actor always sports a unique look in each of his films, be it Rock On (2008), Luck by Chance (2009), Zindagi Na Milegi Dobara (2011), Dil Dhadakne Do (2015), Lucknow Central (2017) or last year’s The Sky is Pink. Earlier also, the actor had launched the first-ever look from the film which made the entire world go gaga over his spell-bounding metamorphosized and spell-binding look!

After acing the role of an athlete in Bhaag Milkha Bhaag, the actor is all set to step into the boxing ring for Rakeysh Omprakash Mehra directorial “Toofan” which is an Excel Entertainment production in association with ROMP pictures and will be hitting the screens on 2nd October 2020.