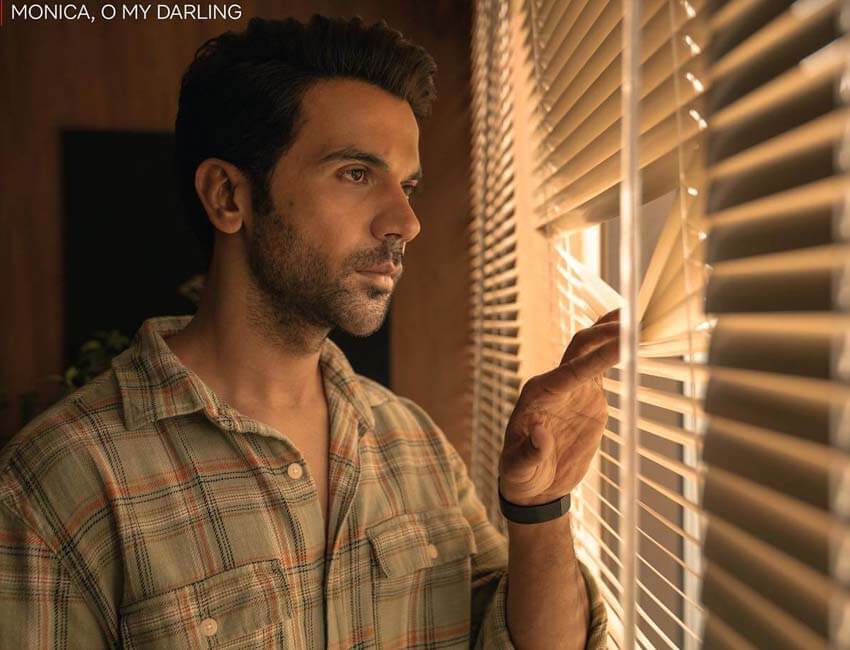 National award-winning actor Rajkummar Rao has been receiving an overwhelming response for the first look of his highly-anticipated film, ‘Monica O My Darling’ which launched recently.

A murder mystery, ‘Monica O My Darling‘ is a neo-noir that talks about lust, blackmail, betrayal, blood, whodunnit, and some robots crushing human skulls, taking the audience on a roller coaster ride full of dark and devilish twists and turns in this crime drama where survival is the key.

The powerhouse performer, undoubtedly, pushes his limits embracing an all-new character and looking into the murder mystery.

The effort certainly paid off since Rajkummar, often known to step into the character of the common man to the T, now aces the edgy, cool, and intriguing performance with fans raving about his transformation. The critics and audience have been raving about the quirky subject and great performances ever since the trailer of ‘Monica O My Darling‘ took the social media platform by storm.

Rajkummar was named ‘Pathbreaking Actor of The Year’ by Inspiring Indian 2022 earlier this month.