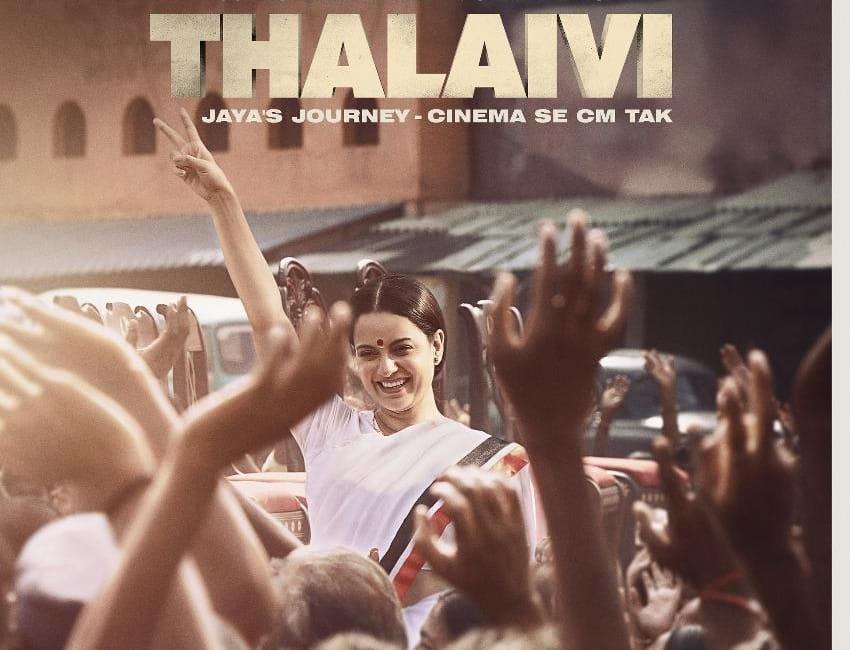 “This is a post that’s coming out of an overwhelmed me. Saw Thalaivii last night and am stunned by the magnitude of scale, perfection, the detailing and the nuanced performances. Director Vijay has brought out the best in every character. Arvind Swamy, Raj Arjun, Madhoo have excelled in their performances. The wizard of words Rajat Arora delivers a clap trap. The perfect ode to Jaya Lalitha.
Finally Kangna Ranaut – An actor par excellence. A league of her own Kangana is probably one of the few actors who not only gets into the skin of the character but takes the effort to physically transform herself with every role she plays. At no point do you feel this is not Jaya herself. Kangna has perfected every aspect of the era from the physical appearance, voice modulation, to feeling the humiliation that Jaya Lalitha felt and striking back. Kangna makes this film probably one of the most watchable experiences of the year. So happy my friend to know an actor like you.
Thalaivii is a must watch !!!”