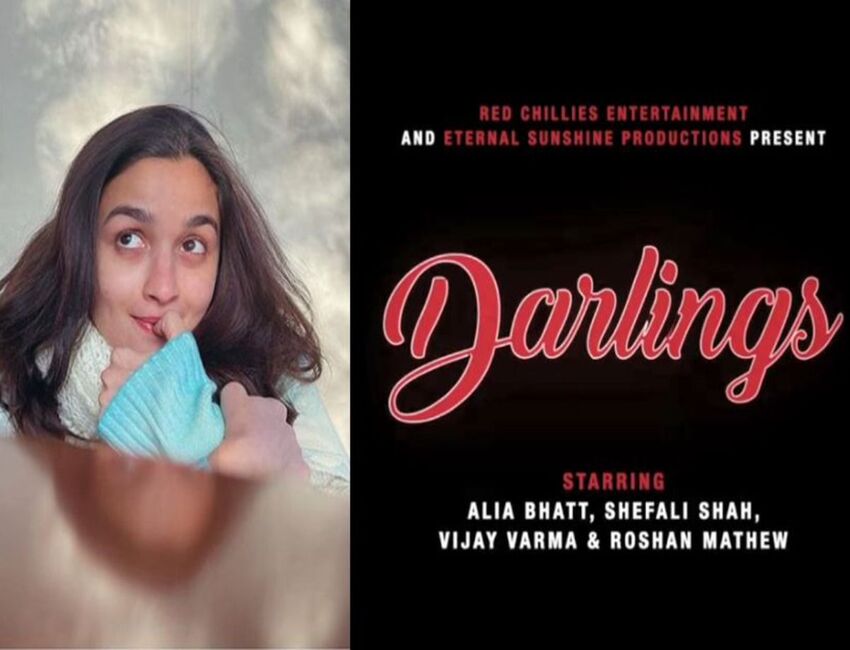 Alia Bhatt, Vijay Varma & director Jasmeet K Reen wrap up Red Chillies Entertainment & Eternal Sunshine production’s ‘Darlings’! The shoot of film was wrapped up last night. The cast and crew celebrated the completion of the film with a sweet surprise by cutting cakes together. The cast and crew took to social media to share the news along with some adorable pictures and videos of the wrap-up featuring Alia Bhatt, Vijay Varma, and director Jasmeet K Reen.

The film also stars, Shefali Shah and Roshan Mathew, who completed their shoots for the film last month and shared moments of their happy goodbyes as well. ‘Darlings’ is a unique story of a quirky mother-daughter duo navigating through crazy circumstances as they try to find their place in the world. The dark comedy is set in Mumbai against the backdrop of a conservative lower middle-class neighbourhood and traces the lives of these two women as they find courage and love in exceptional circumstances.

ALSO SEE: Bringing you our wonderful journey on #Darlings, one frame at a time, as we wrap! 😌😍♥️