Coolie No. 1 garners impressive viewership on its opening weekend! 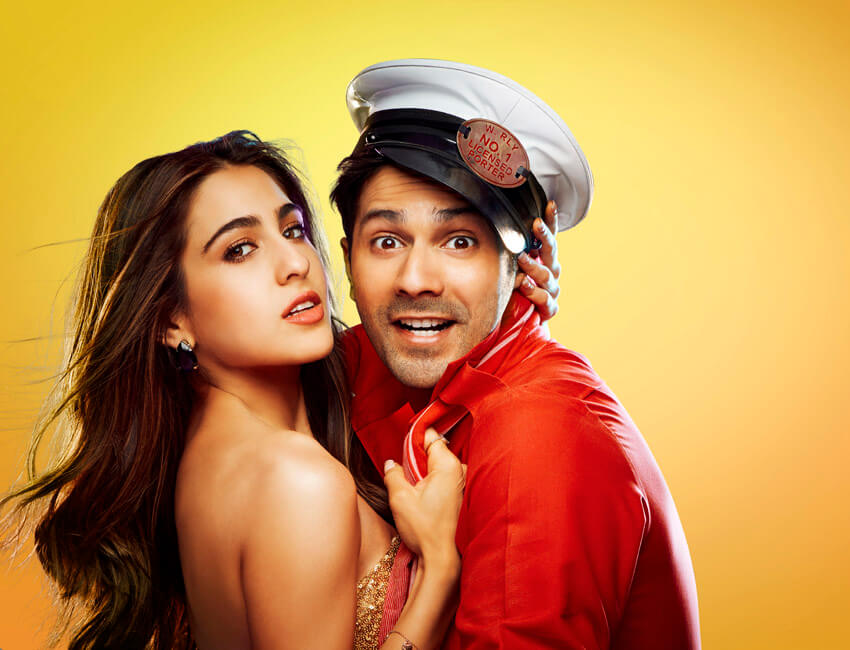 The first-day report is out, and Coolie No. 1 has emerged as the most-watched Christmas release on Amazon Prime Video India. Directed by David Dhawan, the film starring Varun Dhawan and Sara Ali Khan Was watched by members across 3700+ Indian cities and towns within the first three days of its release. The family entertainer has been streamed in over 165 countries and territories on its opening weekend. Members of the streaming service in India and across 200 countries and territories can now watch it.

The film is also the most-searched Prime Video film title on the internet in 2020 as a lead-up to launch and the opening weekend confirms a representative from the streaming service. As per an Ormax report, Coolie No. 1 it was the top choice this festive season for viewers across the nation. The rib-tickling rendition of the 1995 Govinda-Karisma Kapoor starrer has been appreciated for its comic content and the performances of the cast.

Also Watch:- Who did it better, Sara or Karishma?

Vijay Subramaniam, Director and Head, Content, Amazon Prime Video India, says, “Our customers remain at the heart of everything we do. This year, we have entertained our consumers with movies across genres and languages, and we’re glad that each of them has been loved and appreciated by the audience. We are delighted with the response to Coolie No. 1, and we will continue to bring a wide variety of engaging and entertaining content for our customers.”

Varun Dhawan adds, “The experience of recreating a classic film that I grew up watching has been surreal, and it is humbling to receive so much love and appreciation from viewers. In a year like 2020, we wanted to bring smiles to the audiences’ faces with a story that would entertain the entire family.”

Producer Jackky Bhagnani of Pooja Entertainment says, “This is the dawn of a new era for Indian entertainment. The release of this film has cut across boundaries, and we are happy that viewers across the world are streaming it. We are glad to have associated with a partner like Amazon Prime Video to make this happen.”