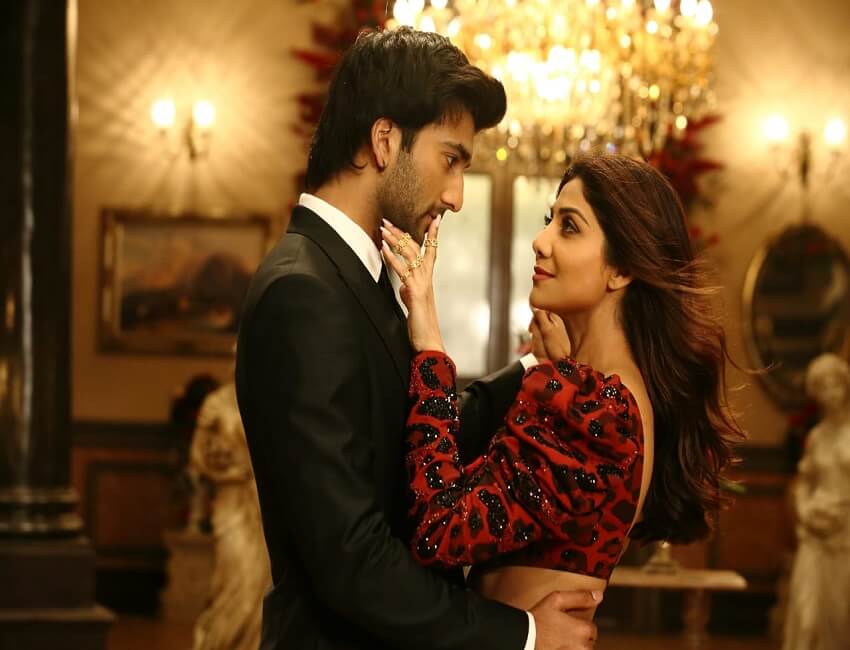 Titillating the audience, the makers of Hungama 2 dropped the teaser of Chura Ke Dil Mera 2.0 on the Internet. While transporting the viewers into the 90s Era, the teaser has left Bollywood lovers yearning for more! Earlier this morning, Meezaan and Shilpa launched the song through a fun Twitter banter, where Meezaan accused Shilpa of stealing something, with Shilpa replying back with a series of replies and at the end revealing it is actually Meezan’s heart this time that Shilpa has stolen! The fun banter ended with the reveal of the teaser.

The makers have now spilt the beans on the inspiration behind reviving the iconic song. Speaking about the same, Producer Ratan Jain said, “Chura Ke Dil Mera was a huge hit in the 90s, and it still strikes a chord with the audience across the nation. It was our sheer love for the song that inspired us to recreate it. We wanted to add our layer to it while keeping the original vibe intact, and I must say Anu Malik did a great job.”

It is interesting to note, Shilpa Shetty is the only actress to have been a part of the remake of her own chartbuster song!

Starring Meezaan, Shilpa Shetty, Paresh Rawal, and Pranitha Subhash, the sequel of the 2003 blockbuster Hungama will premiere on Disney+Hotstar on 23rd July.

ALSO READ: Makers of Hungama 2 confirm the release of their multi-starrer franchise comedy on a major OTT platform this year