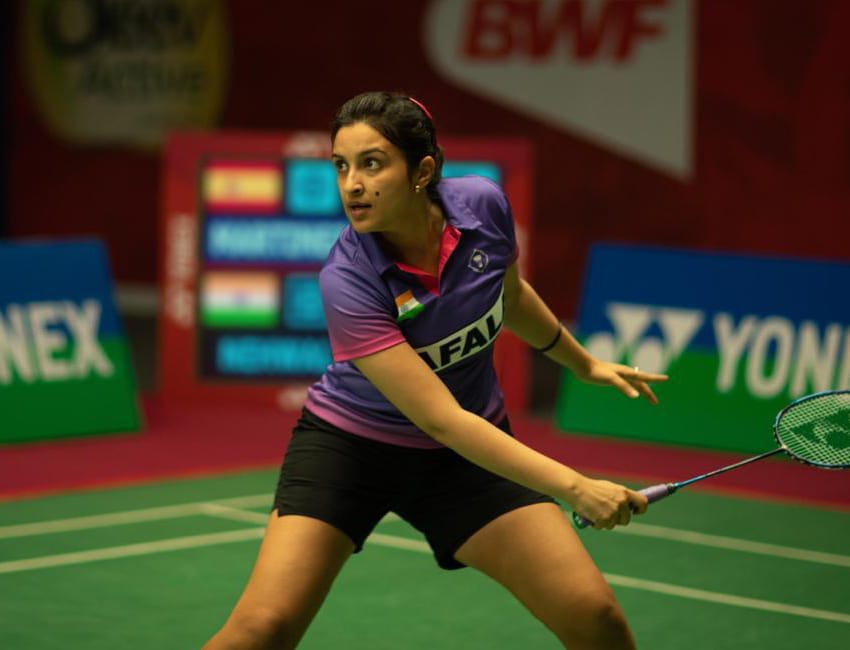 This International Women’s Day just got more special! After a thunderous response to the teaser of the Parineeti Chopra starrer Saina, the makers are launching the theatrical trailer of the biopic today. Saina, the story of an Indian girl who dared to not only dream but achieves all of it, has been one of the most anticipated films ever since it was announced. Raising a toast to the indomitable spirit of women, director Amole Gupte, producer Bhushan Kumar and actress Parineeti Chopra will be unveiling the promo today.

Saina traces the journey of the ace Indian badminton champion Saina Nehwal, who with her never-give-up spirit inspired billions across the globe. Saina’s story is not just aspirational but also inspirational for the youth, a major reason why Amole and Bhushan decided to translate the same on celluloid. While many know the triumphs and victories that Saina achieved, most are unaware of what went behind to fulfill those dreams. A woman who always stood out in the crowd made India proud and is the first Indian woman badminton player to become world #1, Saina has always shown the ultimate power of she.

Also Read :- INSPIRATIONAL AND EMOTIONAL ! THE TEASER OF SAINA RELEASED

Director Amole Gupte shares, “Saina has inspired millions of women out there and is a true example of a strong female icon in the country today and Parineeti has put a lot of effort to represent Saina authentically.”
Saina Nehwal says, “Everything is quite surreal. What I have achieved in life is all due to the constant support of my family. It has been my huge honour to play a sport I love and put my country on a pedestal while achieving my dream. Parineeti is a fabulous actor and we both connected so easily when we met. I wish the team all the best for the film and hope everyone leaves the theatre with dreams.”

Not To Miss:-KAREENA KAPOOR KHAN SHARES FIRST EVER GLIMPSE OF HER SECOND NAWAB

Parineeti shares, “It’s a huge responsibility to essay someone like Saina Nehwal on screen. She is a legend herself and I was very scared about how people will react, but I’m overwhelmed with the love we are getting from all over the world. The film is a celebration of the unending spirit that lies in each woman.”
Bhushan Kumar concludes, “Saina is a film not just about Saina Nehwal’s journey to success but also about every woman who fights to achieve her dream and her undying spirit at all odds.”
Saina produced by T-Series’ Bhushan Kumar & Krishan Kumar & Front Foot Pictures’ Sujay Jairaj & Rasesh Shah releases on 26th March 2021.