Celebrate one of India’s greatest military victories with Ajay Devgn starrer Bhuj: The Pride of India 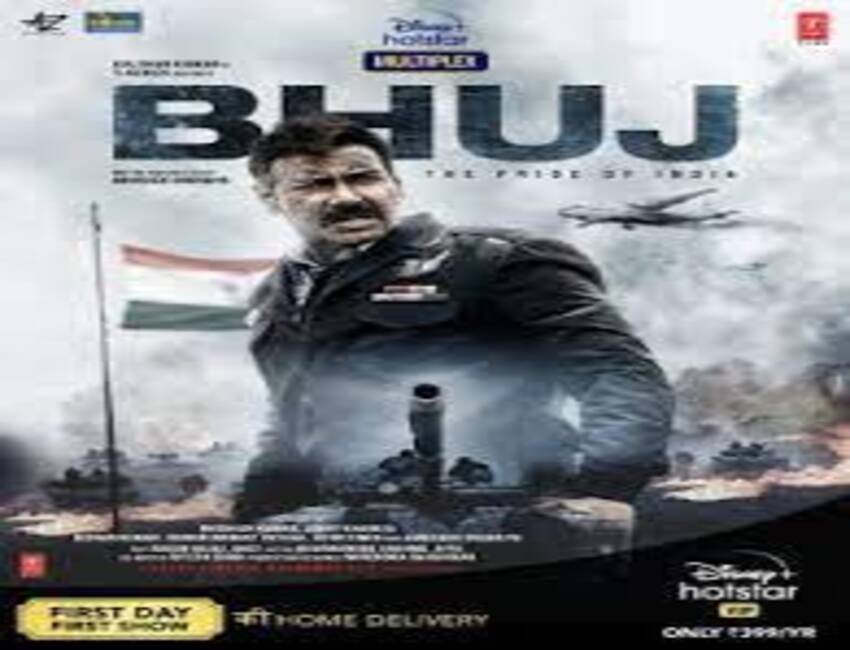 Bhuj: The Pride of India is inspired by the 1971 Indo-Pakistan war where the airstrip at Bhuj was destroyed in combat and the brave officer, Vikram Karnik essayed by Ajay Devgn built the Bhuj airport along with 300 women from a nearby village; a move that helped India win the war. Sonakshi Sinha essays the role of Sunderben Jetha – a social worker who risked everything to help the armed forces in this critical time. Sanjay Dutt brings to life the role of Ranchordas Pagi whose efforts are said to have saved thousands of lives. Sharad Kelkar, Ammy Virk, Nora Fatehi will be seen in pivotal roles. Presented by T-Series and Ajay Devgn Ffilms, Bhuj: The Pride Of India is produced by Bhushan Kumar, Kumar Mangat Pathak, Ginny Khanuja, Vajir Singh, and Bunny Sanghavi, under the banner of Select Media Holdings LLP. The film has been written by Abhishek Dudhaiya, Raman Kumar, Ritesh Shah, and Pooja Bhavoria and directed by Abhishek Dudhaiya. With a keen focus on storytelling and recreating the world of 1971, the makers have carefully constructed every element true to that time.

Actor Ajay Devgn shares, “Bhuj: The Pride of India is inspired by episodes and anecdotes around a war that India fought and won. The participation of our Air Force and real people of Bhuj, both of whom contributed to making this victory possible is something every Indian should be aware of.  It’s a contemporary war-time story that needs to be celebrated. India’s never-say-die spirit was clearly visible through the events that led to our victory.  It’s a Jai Hind moment!”

ALSO SEE: Sonakshi Sinha with her family for tree plantation drive in Mumbai

Disney+ Hotstar offers an unmatched entertainment experience to users with the world’s best stories and LIVE sporting action coming together on one platform. With an annual subscription of Disney+ Hotstar VIP viewers can enjoy mega-blockbuster films that will directly release on the platform like the upcoming movie Hungama 2, Bhuj: The Pride of India along with existing movies The Big Bull, Laxmi, Lootcase and more, the best of global movies and shows dubbed in Hindi, Tamil and Telugu including Super Heroes (The Falcon and the Winter Soldier, Loki), best animation films (Frozen 2, The Lion King), kids favourite characters (Mickey Mouse, Doraemon), exclusive Hotstar Specials shows in seven languages like the recently released Grahan, hugely popular November Story, Out of Love (S1 & S2), Criminal Justice: Behind Closed Doors, 1962: The War In the Hills, Special Ops, Aarya, The Legend of Hanuman, OK Computer, LIVE sporting action and much more!