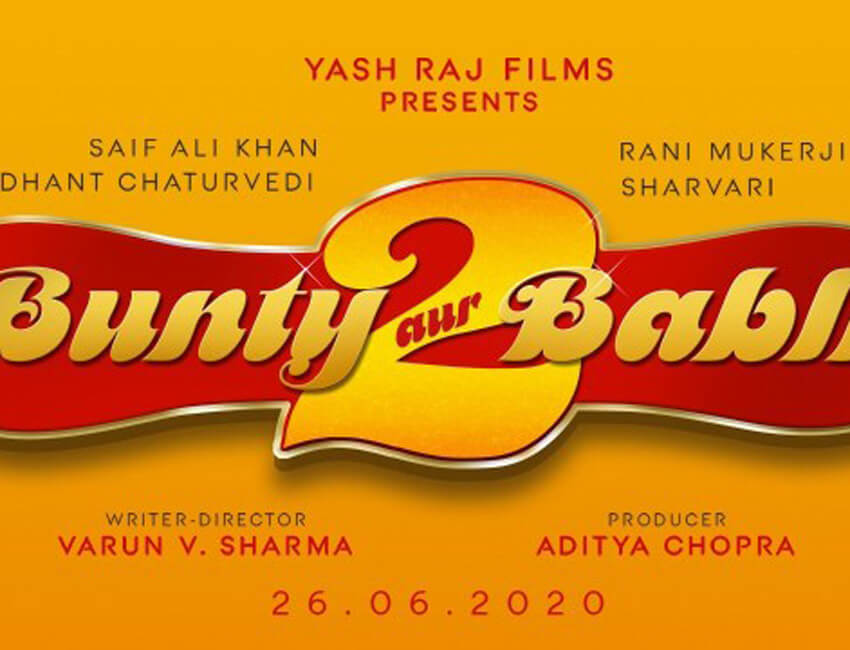 Yash Raj Films’ much-awaited Bunty Aur Babli 2 will pay homage to the first
film by keeping the same logo for the sequel! This move is definitely going
to soar the nostalgia factor big time because the prequel was tremendously
loved and the film also went on to become a blockbuster!

The makers, today, revealed the logo of the film and also announced the release date of this
summer entertainer as June 26, 2020!

“For the whole of India, Bunty Aur Babli is and will always be part of cinema
that we watched while growing up. It is truly a much-loved film and has a huge
nostalgia value attached to it. When we were designing the logo of Bunty Aur
Babli 2, we were certain that we will keep the original logo as it pays A
perfect homage to the first film that is part of India’s pop culture
history. I’m guessing this movie will be much loved by cine-lovers as it
evokes a big sense of nostalgia,” says Varun V. Sharma, the director of the
film.

Bunty Aur Babli 2 will introduce an incredibly fresh pair as the new
talented conmen. Siddhant Chaturvedi, the Gully Boy hunk who played the role
of MC Sher with elan, is the new Bunty and YRF is launching a new heroine to
watch out for with this franchise. Babli will be played by Sharvari, a
stunningly gorgeous girl that YRF discovered two years back and has been
grooming her since then!

The film, in an exciting casting coup, also reunites Saif Ali Khan and Rani
Mukerji and will present them as the original Bunty Aur Babli in the film!
Saif and Rani were a blockbuster Jodi as they delivered big hits like Hum
Tum and Ta Ra Rum Pum and were celebrated as a pair to watch out forgiven
their infectious chemistry.

Produced by Aditya Chopra, Bunty Aur Babli 2 is being directed by debutant
Varun V. Sharma, who worked as an Assistant Director in YRF’s biggest
blockbusters Sultan and Tiger Zinda Hai.