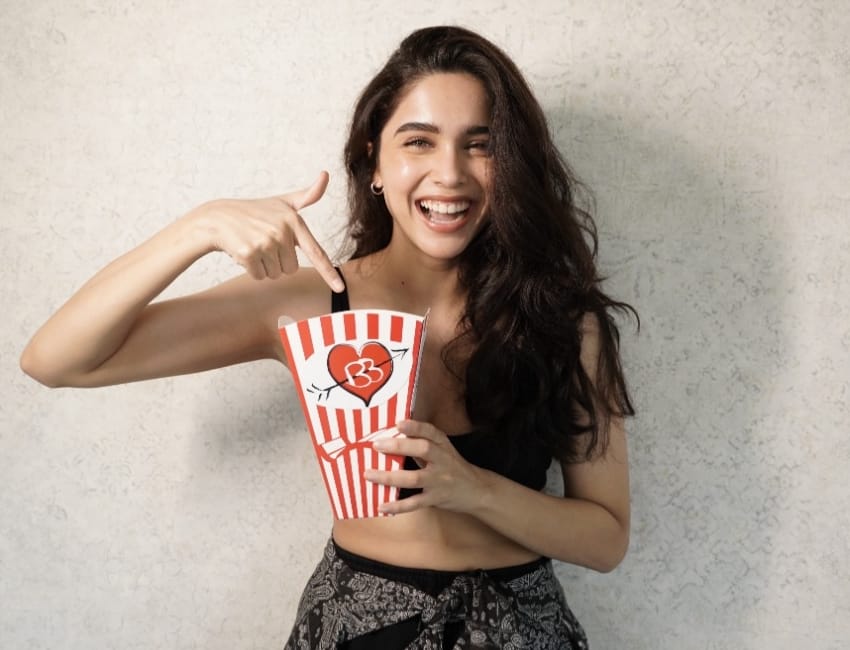 Gorgeous debutant Sharvari is eagerly awaiting the release of her first Bollywood film, the big ticket entertainer Bunty Aur Babli 2. Sharvari has been paired opposite Siddhant Chaturvedi in the film as they play the roles of Bunty and Babli in the completely rebooted franchise.

Sharvari says, “Bunty Aur Babli 2 is a full masala, popcorn entertainer and I can’t wait for the film to release in theatres! It’s a laugh riot and I’m fortunate that I have got this film as my launch in Bollywood. The script is so brilliantly written that it has given me so many moments to shine and I think and hope I have done justice to those scenes and the film.”

She adds, “As an actor, I have waited patiently for my debut film to release in theatres and that time is coming soon. I have worked really hard to get this film. I know that I have worked tirelessly to deliver a good performance and catch people’s attention.”

Sharvari is confident that Bunty Aur Babli 2 will be loved by everyone who loves watching commercial Hindi films.

Not To Miss:-IT WAS AN OPPS MOMENT FOR TAIMUR ALI KHAN AS HE RUNNS INTO THE GLASS DOOR ……!!!

“I’m only manifesting positivity around the release and I hope that it entertains the whole of India. It is a film meant for Hindi film lovers across generations and everyone would want to watch it with their families on the big screen,” informs Sharvari.

Bunty Aur Babli 2 is slated to release on April 23rd and it also stars Saif Ali Khan and Rani Mukerji.

Must Watch:-MALAIKA ARORA SHARES HER ‘TRICK OR TIP’ OF THE DAY TO REMOVE DANDRUFF, AND GET STRONG BLACK HAIR.!