Baaghi 3 brings glam and grooves with the most badass song of the year, “Dus Bahaane 2.0”. OUT NOW! 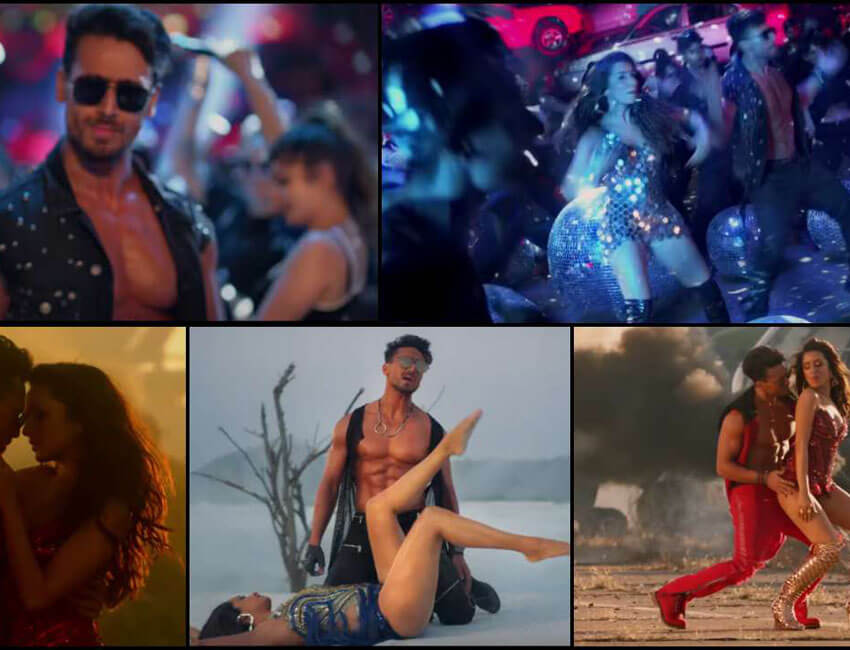 Baaghi 3 has already created major excitement ever since it was announced and the trailer just dropped which already crossed over record 100million views in 72hours. This alone is proof of how the fans can’t contain their excitement for the on-screen pair, Tiger-Shraddha. The glamorous dance number starring Tiger Shroff and Shraddha Kapoor, Dus Bahane 2.0 is out and we are totally grooving to it!

The first song of Baaghi 3 released and the makers took it on their social media, shared, “Where’s your party at? 😎 The Baaghis are all set to rock your block with the most badass song of the year!

The first song of Baaghi 3 is Dus Bahane 2.0 which is finally out and is surely going to take you down the memory lane with the beats of Vishal and Shekhar. The on-screen pair looks extremely sizzling hot and so do the dance moves! The song has already garnered immense attention and love already and is surely going to make you shake a leg on and get you grooving. Shot in the picturesque locations of Rajasthan, Serbia, and Mumbai, the song is totally going to be a chartbuster!

The song, Dus Bahane which is a glamorous dance number was originally composed by musicians-composers Vishal and Shekhar. Even for Baaghi 3, the duo will be recreating the classic song which still features high on our playlists.

Talking about Baaghi 3, the movie is helmed by Ahmed Khan and also stars Shraddha Kapoor, Ankita Lokhande and Riteish Deshmukh in the lead. Interestingly, the movie will mark Shraddha’s second collaboration with Tiger after their 2016 release Baaghi which was a hit at the box office. Bankrolled by Sajid Nadiadwala, Baaghi 3 is slated to release on March 6 this year.