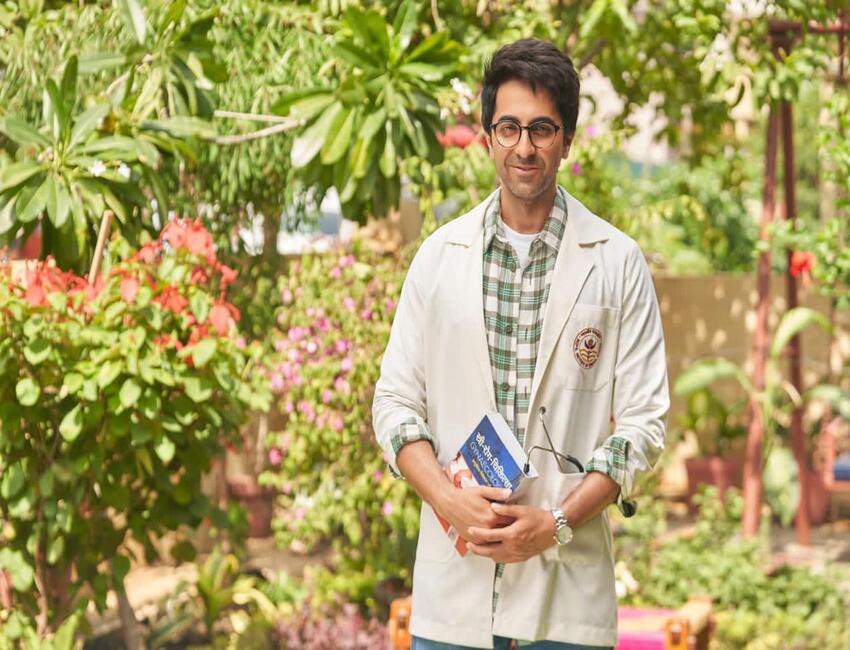 ‘Doctor G’ is a Junglee Pictures production featuring Ayushmann Khurrana, Rakul Preet Singh and Shefali Shah. After recently commencing shoot, the makers today unveiled the much-awaited first look of Ayushmann, set to portray the role of a doctor in the family entertainer. Essaying the character of Dr. Uday Gupta, Ayushmann Khurrana shares his excitement on the film which went on floors recently.

“The subject of ‘Doctor G’ is very close to me. Considering the lockdown restrictions, we all have been waiting to start shooting the film and we are glad that the day has finally arrived. It’s an honour to portray a doctor on screen for the first time. I’m truly excited to start shooting the film, also because it’s going to allow me to relive my memories of being a student and living the hostel life. I’m looking forward to collaborating with my director Anubhuti,” informs Ayushmann.

Ayushmann and Rakul will be seen sharing screen space for the first time in ‘Doctor G’. To be directed by Anubhuti Kashyap, this film is a campus comedy-drama where the main protagonists will be seen playing doctors. The film is written by Sumit Saxena, Vishal Wagh and Saurabh.