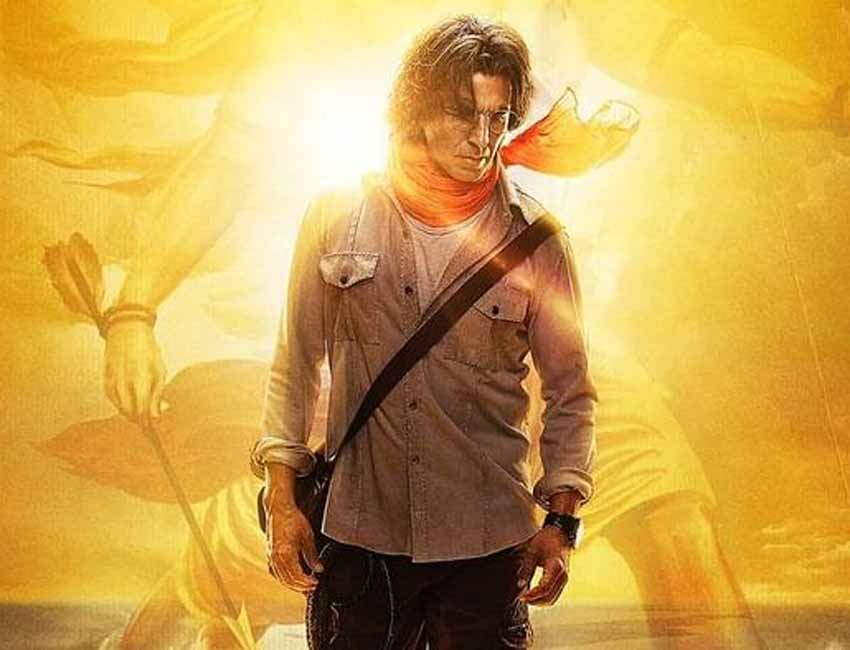 Actor Akshay Kumar is all set to visit Ayodhya; says Ram Setu is a bridge between generations past, present and future.

After wrapping up Bachchan Pandey, actor Akshay Kumar is all set to start shoot for his next, Ram Setu. The actor, along with director Abhishek Sharma and creative producer Dr Chandraprakash Dwivedi, will fly to Ayodhya on March 18 to give the mahurat shot of the film from Ram Janmabhoomi.

While Kumar is away for a family vacation in Maldives and will dive back to work as soon as gets back, the film’s director tells that the shoot is spread across multiple schedules over the next few months and 80% of the film will be shot in Mumbai.

When it comes to the leading ladies — Jacqueline Fernandez and Nushrratt Bharuccha, Sharma shares, “They both play strong, independent women with well-etched out parts. We are keeping their looks under wraps for now!”
Interestingly, it was Dwivedi who came up with the idea of starting the Ram Setu journey in Ayodhya. “What better way to embark upon the journey of Ram Setu than to kick-off at the very birth place of Lord Ram,” he exclaims.

Going on to explain the thought behind picking the location, Dwivedi says, “Having visited Ayodhya several times myself, I suggested to Akshay and the team that we should launch the production schedule with blessings from the holy temple of Lord Ram. We are scheduled to hold our mahurat shot in Ayodhya and commence our filming on an auspicious note.”

Also Read :-WHAT’S SIMILAR BETWEEN JACQUELINE FERNANDEZ AND AKSHAY KUMAR? READ ALL ABOUT IT HERE

For Sharma, the journey of Ram Setu started back in 2007 when he “first read newspaper coverage about a court case related to a project to build a shipping canal in the shallow straits between India and Sri Lanka and the issues that the project was facing”.

He elaborates, “I found this to be an opportunity to explore the truth behind an Indian legend and was amazed at the magnitude of the subject. It’s like I was being presented with the possibility to bring forward a true story that would connect generations of Indians to a part of our heritage that was not getting the attention it deserved.”

He shares that he locked the screenplay during the lockdown last year. “I pitched the first draft of the screenplay to Akshay sir and he immediately came on-board,” he adds.

When it comes to the research process of the film, Sharma expresses gratitude towards Dwivedi for guiding the team in the right direction.

“He has helped us immensely by providing access and perspective to history and religion as well as building a team of researchers with backgrounds in archaeology, history, religion and science, in equal measure,” Sharma says, noting that the idea behind “the research process was to gain a comprehensive understanding on the subject and to create a film on this true story that is based on and supported by facts”.

Kumar had announced the film on Diwali last year by releasing posters on his social media. Now with everything planned, the makers are busy ensuring all the safety protocols are in place for a smooth shooting experience.

Not To Miss :-  ALIA BHATT’S FRIST LOOK AS SITA IS REVEALED

Producer Vikram Malhotra says, “For Ram Setu, there will be strict protocols in place, including travel and stay bio-bubbles, frequent health checks and a professional agency on-board to manage these protocols all through. Given the complexity of the story and ensuing locations, VFX etc, the production will be spread across multiple schedules over the next few months.”

Malhotra is taking notes from the past experiences to go forward. “Akshay as well as Abundantia Entertainment have been fortunate to have successfully completed filming, post-production and even release of several of our productions through the pandemic period. So there is enough learning and experience to manage production with mitigated and controlled Covid-19 related risks”

According to Malhotra, Ram Setu is a story formed on facts, science and historical heritage and is anchored in the deep belief of Indians since centuries. “Today, ais the younger generation grows curioihe adds”.

Kumar rounds it off by saying, “Ram Setu is a bridge between generations past, present and future”.

The film is produced by Aruna Bhatia, Lyca Productions and Vikram Malhotra.

Must Watch :-LAXMII DIRECTOR RAGHAVA LAWREWNCE HIMSELF GIVING FINISHING TOUCHES TO AKSHAY ON THE SETS OF LAXMII