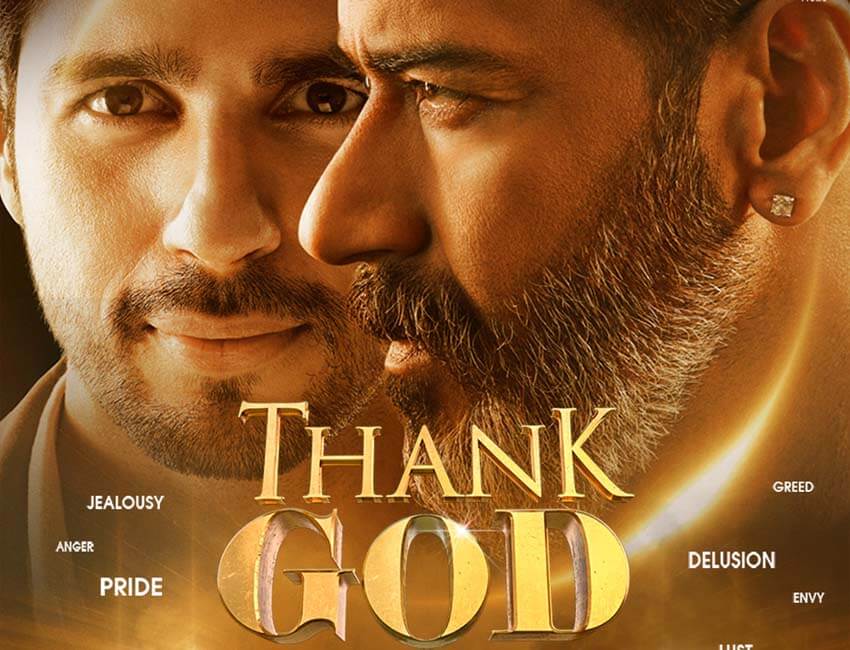 The much-awaited film Thank God starring Ajay Devgn, Sidharth Malhotra and Rakul Preet Singh created massive buzz yesterday with the first look film. Audiences could not hold their excitement to see their favourite stars in a stunning avatar. To add to the anticipation, makers have launched the trailer today.

This hilarious slice-of-life film with a message promises to be a grand Diwali release to be enjoyed with your family.

Director Indra Kumar‘s refreshing and relatable story in Thank God will not only tickle your funny bones but also convey a beautiful message at the end.