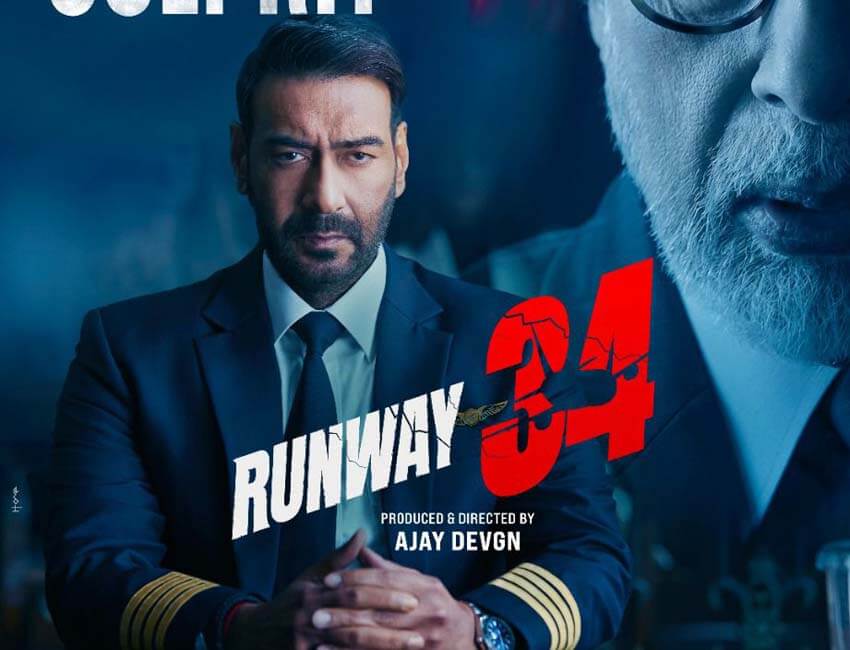 Superstar Ajay Devgan will soon be seen in the film ‘Runway 34‘ which is set to release by the end of this month. The film is an aviation thriller and it also marks Ajay’s return to the director’s chair after 6 years.

While the audience waits for the film to hit the theaters, it has already left a stone unturned with its glimpses. Runway 34 is a story of a night of debauchery prior to helming Flight Skyline 555 from Doha to Cochin, leaving him hungover, exhausted, and unable to focus on his work. Yet when climatic conditions start replicating the turmoil within him, he has no option but to sober up. A howling cyclone rages on, whilst on the ground, a bereaving and distracted Air Traffic Control Officer forgets to relay important information to the Captain. Information that has the potential to threaten the lives of the 150 passengers and crew on board

Ajay Devgan who’s playing the role of Captain Vikrant Khanna is put on trial for grave misconduct by a Law-Enforcement Officer who leaves no stone unturned to uphold justice.