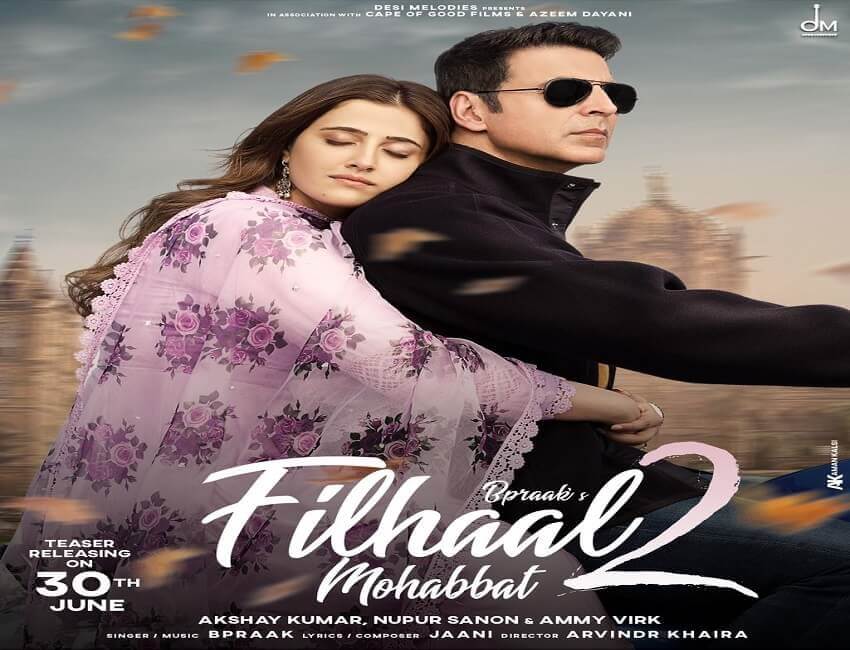 Offering the first glimpse to the sequel of the chartbuster success of Filhall starring Akshay Kumar, Nupur Sanon has shared the poster of Filhaal 2 Mohabbat on her social media, beaming with excitement for the song.

Talking about Mohabbat, Nupur Sanon shares, “Filhall has been not just a song but an opportunity of a lifetime. The phenomenal success of the song put me on the map for which I’ll forever be grateful to all the fans who showered their love and Akshay sir for being such a supportive co-star and mentor. As we now present Mohabbat, I hope we are bestowed with the same love and support, can’t wait to share the song, it is undoubtedly one of the most special experiences of my life.”

Filhaal becomes the first song to have a sequel in India and Nupur Sanon is the first actress to do so. Turning into an overnight sensation with the humongous success of Filhall, Nupur Sanon has been amassing a huge fan base on social media, generating anticipation and excitement to witness her on the silver screen as the actress is cited to make her Bollywood debut with a reputed production house soon.

The refreshing chemistry between Akshay Kumar and Nupur Sanon against the backdrop of the melodious song depicting a heartbreak became the talk of the town, creating chatter amongst the audience for the sequel.

The teaser of Mohabbat featuring Akshay Kumar and Nupur Sanon to release on 30th June 2021.

ALSO SEE: We are in love with this adorable picture of Nupur Sanon ❤️