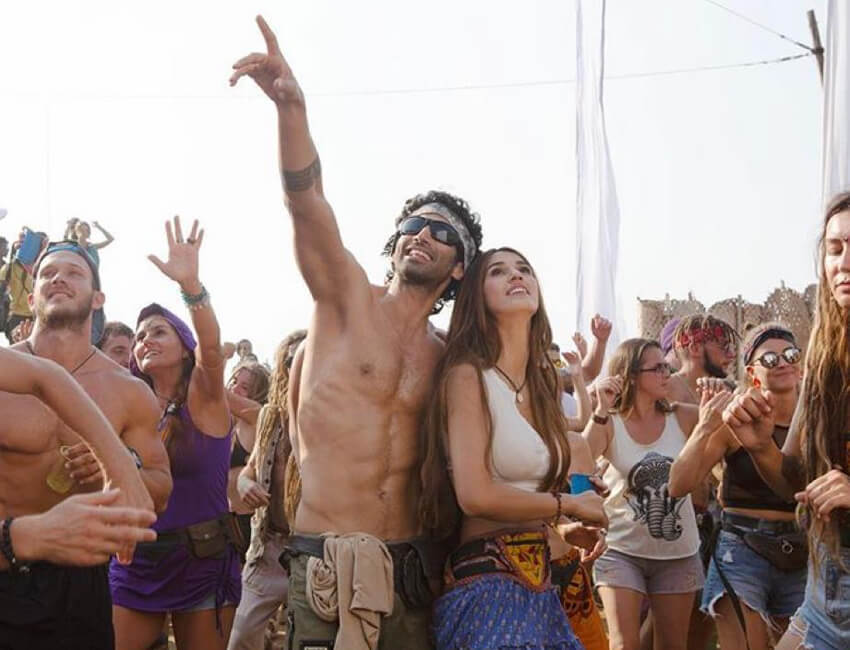 Ever since the Aditya Roy Kapur and Disha Patani featured on the poster of Malang locking lips, the duo raised the temperature amongst the audience.

The hottest duo of B-town has already generated a lot of buzz with the trailer and posters of their upcoming mystery-thriller Malang.

The first picture of Aditya and Disha that was unveiled, quickly went viral thanks to the sizzling chemistry between the two. Further in the trailer features Disha in a red bikini and Aditya performing some high-octane stunts with the bare body having perfect abs.

In addition to their sizzling chemistry, the trailer and the songs have seen two performing some intense lovemaking scenes with their respective acting skills.

The makers of the Mohit Suri directorial have also released the title track of the film and treated the audience with another picture of the duo covered in neon paint in a romantic embrace. With a bohemian and party-like vibe, the still has further piqued the interest of fans.

The recent neon paint picture featuring Aditya Roy Kapur and Disha Patani is making around on the internet everywhere which also has definitely raised the excitement to watch their upcoming film Malang.

The film also features Anil Kapoor and Kunal Kemmu in crucial roles and the nature of all the characters has been kept under wraps by the makers.

The film Malang is directed by Mohit Suri and produced by T-Series’ Bhushan Kumar, Krishan Kumar, Luv Films’ Luv Ranjan, Ankur Garg, and Northern Lights Entertainment’s Jay Shewakramani. The film is all set to hit the theatres on 7th February 2020