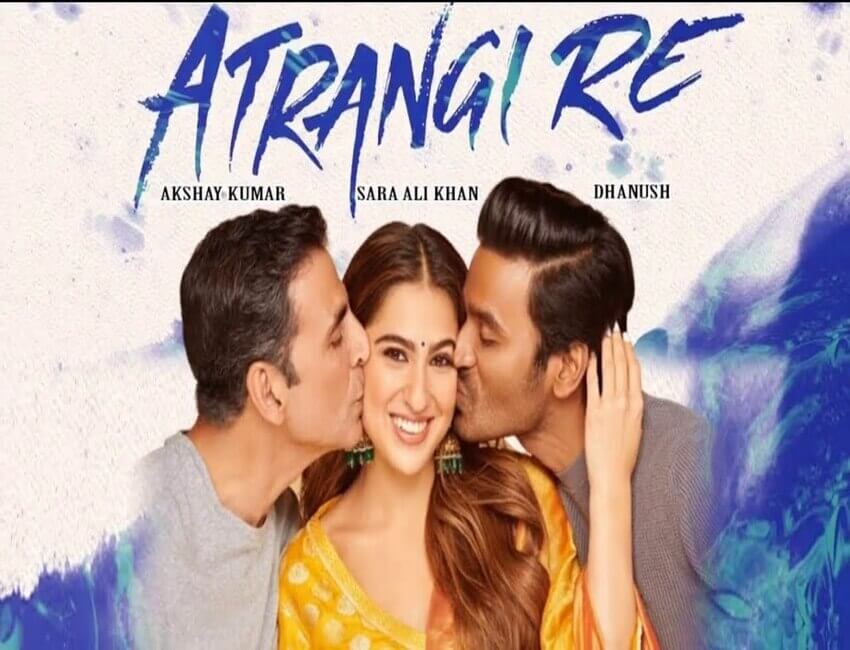 Known to have a massive fan base in the small towns of India, the master storyteller will once again be bringing alive India’s desi flavour on the big screen. Much has already been said about movie maestro Aanand L Rai’s Atrangi Re. Finally, the magical moment we have all been waiting for is just around the corner! Unfolding the magic of Atrangi Re, the filmmaker has unveiled the first character posters of the film.  Leaving fans excited and guessing about all the atrangi-ness headed their way, the three character posters showcase the atrangi stars Akshay Kumar, Dhanush and Sara Ali Khan in never-seen-before avatars. Ready to rule your screens and hearts, the film’s freshly released posters give you glimpses of every character’s brand of atrangi. Taking to their social media handles, the trio introduced each other’s characters in the most atrangi way possible!

Atrangi producer Bhushan Kumar said, “Atrangi Re is a larger-than-life, wholesome entertainer that is sure to make you feel every emotion in the book! We are grateful for all the love you have shown the characters and are excited to share the trailer with you tomorrow!” Atrangi filmmaker Aanand L Rai said, “Excited to bring to you the world of Atrangi Re, which is full of colours, magic and madness of love and also charming with its purity and soulfulness. Really enjoyed making and living it wholeheartedly.”

The Aanand L Rai directorial will bring you an original and soul-stirring story from the core of India’s heartland. A wholesome Indian entertainer that will make you feel every emotion in the book, the movie has been penned by Himanshu Sharma. Music maestro A.R. Rahman has composed a foot-tapping and soulful album for the film with songs written by Irshad Kamil. Gulshan Kumar and T-Series, Aanand L Rai and Cape Of Good Films present Atrangi Re, a Colour Yellow production, produced by Aanand L Rai and Himanshu Sharma, produced by Bhushan Kumar and Krishan Kumar. The film directed by Aanand L Rai is coming soon exclusively on Disney+ Hotstar.