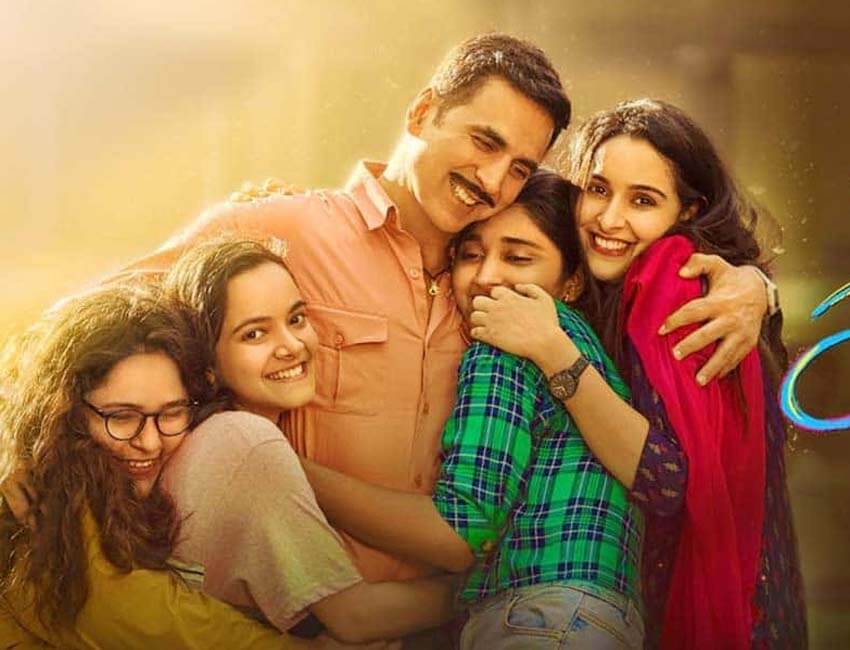 The anticipation surrounding Aanand L Rai‘s Raksha Bandhan has been growing since the film’s announcement. This week, the makers launched a motion poster and set the tone for the trailer to follow. Aanand Rai has given fans & families across the world a lot to look forward to; keeping in tune with his signature storytelling style which brings to life stories from small-town India; like Atrangi Re, Tanu Weds Manu, Tanu Weds Manu Returns, Raanjhanaa and Manmarziyaan. The biggest family treat of the year, Raksha Bandhan is a film from the roots of India’s heartland that will tug at your heartstrings.

The trailer brilliantly encapsulates the loving relationship and playful banter between a brother and his four sisters. An emotional roller-coaster ride, the film promises to be time well spent with your siblings & family this 11th of August, which also is the occasion of Raksha Bandhan. Raksha Bandhan is set against the backdrop of middle-class life at Chandni Chowk. Starring Bhumi Pednekar opposite Akshay Kumar, the film introduces Sahejmeen Kaur, Deepika Khanna, Sadia Khateeb, and Smrithi Srikanth. Raksha Bandhan also features Neeraj Sood, Seema Pahwa, and Abhilash Thapliyal.

Talking about Raksha Bandhan, superstar Akshay Kumar said, “My relationship with my sister Alka has been the core point of all my life. To be able to share a relationship so special and pure on screen is an emotion of a lifetime. The way Aanandji has brought across the simple story with so much heart and soul is further testimony to the fact that there are very few who can render emotions so delicately on screen. I am blessed to be a part of this.”

Speaking about the trailer, top Bollywood director Aanand L Rai said, “With Raksha Bandhan, we had the vision of keeping the loving bond between siblings the focal point of the film. The trailer of the film has captured the essence of this emotion. We look forward to you joining us on 11th August in the theatres to watch the film!”

Talking about the film, Shariq Patel, CBO – ZEE Studios said, “Raksha Bandhan for us at Zee Studios is not just a film it’s an emotion. As a film, it ticks all the boxes that ZEE as a brand stands for and we are confident of this trailer and the film touching everyone’s hearts.”

Written by Himanshu Sharma and Kanika Dhillon, the Aanand L Rai directorial has been co-produced by Aanand L Rai, Alka Hiranandani, and ZEE Studios. Presented by Colour Yellow, ZEE Studios, and Cape of Good Films, the film is set to hit screens on 11th August 2022. The countdown to catch the film is already thick in the air…