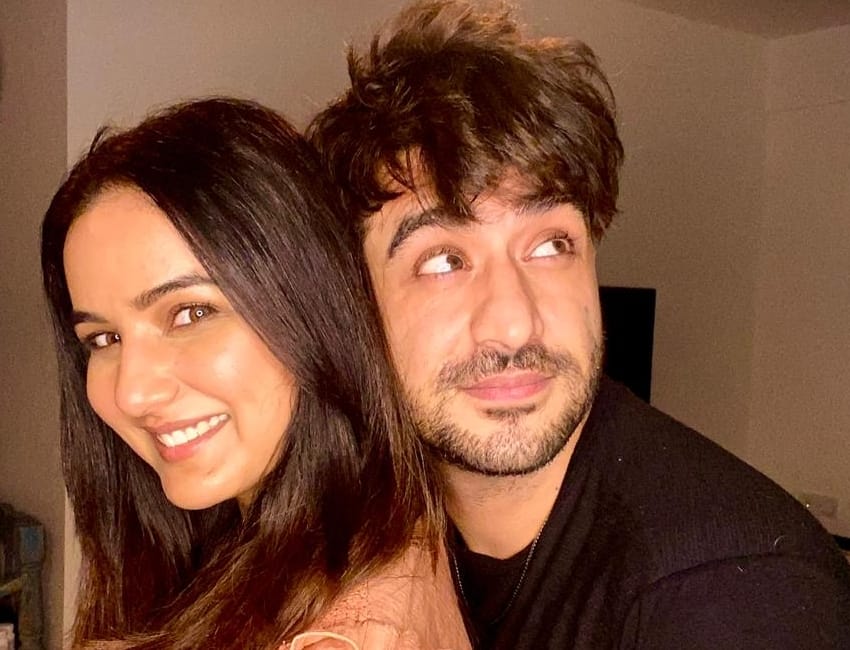 After a great journey in Bigg Boss Season 14, Jasmin Bhasin and Aly Goni are back with a brand new music video titled Tera Suit. The song has been sung and composed by Tony Kakkar. Their fans have been waiting for this for so long and as a result, after the poster was launched a few days ago, the couple started trending on social media. Aly has done a music video before but this is Jasmin’s first music video. This is also their first time collaborating on a music video.

Speaking about the song, Jasmin says,” Anything I collaborate with Aly, it is very special. After Bigg Boss, I have been in an extremely positive and happy phase; I wanted to reflect that happiness on screen. Our fans have already given us immense love and now we want to give back to them through this music video. It is a party song; it’s happy, colourful and exciting. I have a feeling people will play the song during very often during Holi.”

She also adds,” Shooting with Tony was also great fun, as I and Aly are both funny and positive in nature so all together it was great fun. And with Aly, this was the first time we have worked together. I used to think earlier what kind of costar Aly will be but after working with him I can clearly say he is an amazing costar, cannot get better than him.”

Not To Miss:-JASMIN BHASIN AND ALY GONI CAME LIVE TOGETHER FOR THEIR UPCOMINMUSIC VIDEO.

On the other hand, Aly says,“After reality shows, this is our first collaboration and Jasmin’s first music video that too with me. I am very happy. I have always loved Tony Bhai’s song, it always has the party vibes and Tera Suit is a party anthem. The label Desi Music Factory is by Anshul Garg who has put in a lot of effort. Our fans wanted to see us post together Bigg Boss and we just hope our fans love the song. We can’t wait to know their feedback.”

We have seen Aly and Jasmin together in two reality tv shows now: Khatron Ke Khiladi 9 and Big Boss 14. The couple in a music video will show us a completely different dynamic between the two. It will be interesting to see how they play their characters in the music video.