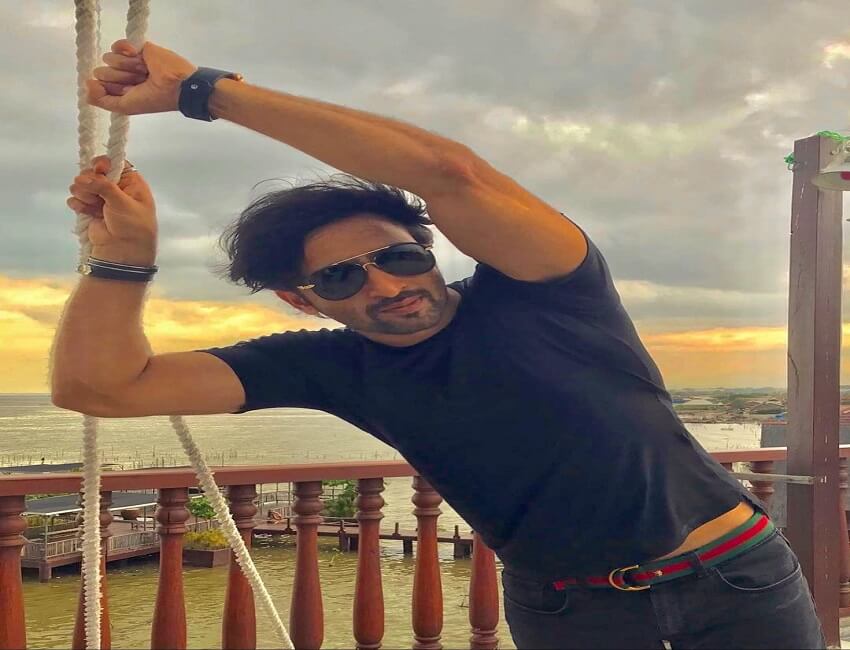 Life throws different things at you but how do you take is what matters. Nation’s heartthrob Shaheer Sheikh after being chosen for the role of Manav pens down an emotional caption on Instagram.

He uploaded a picture with the kids alongside and comments started to pour down. This is what Shaheer has written, ‘When I was first approached for PR2, I was taken aback. Who in their right frame of mind, would dare to play a character immortalised by Sushant Singh Rajput.. I too was reluctant. Then I thought, knowing Sushant he was one to take every challenge head-on. And so I decided that while it is scary to step into his shoes & live upto audience expectations… it is scarier to NOT even try. And so I did what I felt he would do, if he was in my position. I took the challenge. When the team told me they wanted someone who was earnest so that we could all tell a story that was a fitting homage to Sushant’s legacy… I decided to give it my all and leave the rest to the audiences and to The All Mighty.’

ALSO READ: Looks like the tv-town couple is planning a surprise for fans!

He further added, ‘Working with a team that loved & respected him immensely only adds to the genuine intent in all our hearts. Sushant, you will always be Manav. Nothing can change that & no one can replace that.
I may not be as good, and I may not do justice to it like you did, but I promise to give it my all’

Clearly, it seems to be a very emotional moment for him portraying the character essayed previously by the talented Sushant Singh Rajput. It’s going to be an adrenaline rush for all the fans watching Pavitra Rishta again.
We wish more power to Manav our very own Shaheer and the entire team to bring back an iconic show as such again.

WATCH: Watch: Looks like the tv-towns couple are planning a surprise for fans | Shaheer Sheikh |

Ali Fazal takes to his passion for horse riding, starts training for it in Mumbai