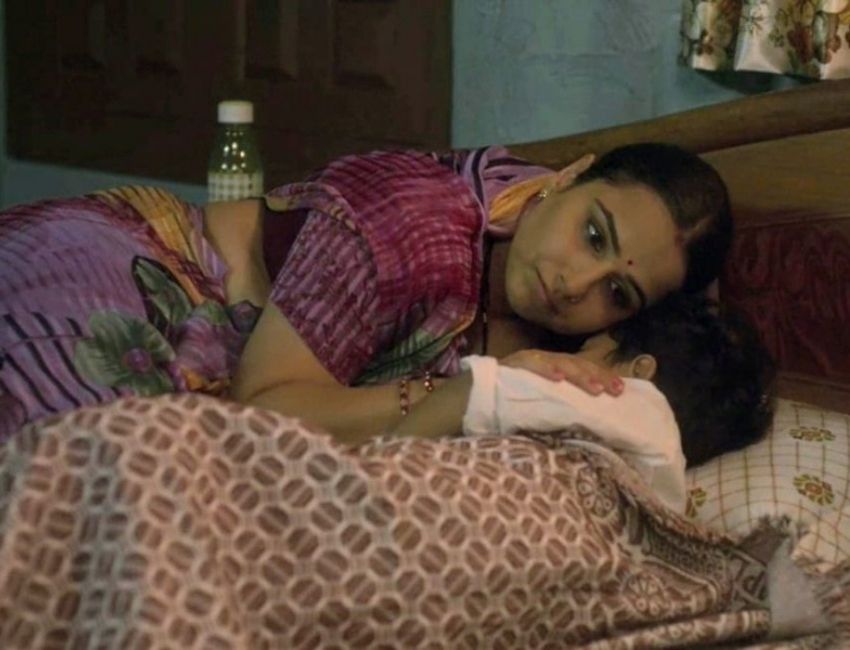 Produced by Ronnie Screwvala & Vidya Balan and directed by Shaan Vyas, Natkhat is a 33-minute short that underlines that home is where we learn the values which shape us and make us who we are. A story framed within a story where a mother (Vidya Balan) notices her young, school-going son Sonu (Sanika Patel) gravitating towards misogyny and disregard for the other gender just like the men in her family. Vidya Balan, who turned producer with this film, is seen playing the role of a homemaker in a patriarchal setup. The film touches upon the sweet mother-son relationship, which quivers with each blow, and settles with a soothing touch.

Read Also : Kangana Ranaut to star in ‘Manikarnika Returns: The Legend Of Didda’

Watch Also : Amazon prime share some funny BTS from the sets of The Family Man

It was at the Best of India Short Film Festival (7th Nov 2020) that Natkhat was announced the Winner and eligible for Oscar®️ 2021 qualification. But that wasn’t its last festival of 2020, the year ended with Natkhat being screened at the Mosaic International South Asian Film Festival (4th – 12th Dec 2020) and the International Kids Film Festival (IKFF) (20th Nov 2020). IKFF, conceived by LXL Ideas, is India’s largest children’s film festival that aims to bring inspiring, meaningful and globally diverse cinema to children in the remotest parts of the world! It was at this festival with an Adult Jury comprising of 12 experts in the fields of film and education, and a Child Jury of 45 members selected from schools in India, Italy, France, South Korea, Taiwan, Kyrgyzstan and the US that Natkhat was presented the award for Best Live Action Short (13+ Years).

A child juror, Angelica La Rocca from Giffoni Film Festival, Italy said, “This short film is just perfect. Natkhat reinforces the idea of a possible solution against the social menace of misogyny and patriarchy. It shows that child rearing at home is where you begin the real education, and thanks to the effervescent performances (mainly by the child actors) the message comes out pretty well.”

Director, Shaan Vyas said, “Natkhat was made with a very naïve yet powerful urge to change things. To reach every corner of the earth and tell the world that change begins at home. We are very humbled by this selection for the Oscar race. I feel that the world is yet to discover the excellent quality of Indian films made over the past few years and we hope to revive that interest in our cinema if Natkhat does make it to the shortlist.”

Soaring into the Oscars 2021 race, actor and producer Vidya Balan said, “After a year that has been turbulent, it feels great to have our film qualify for the Oscars®️. This film is incredibly close to me since it gave me a chance to play the dual roles of actor and producer.”

Producer, Ronnie Screwvala said, “Even in these times, creativity and content have found ways to thrive and travel. Through innovation and technology international festivals and award ceremonies have continued to advance and bridge the gaps in new and disruptive ways. Our film, Natkhat has travelled the world last year, addressing important issues and providing a powerful message. We are thrilled to be racing for the Oscars 2021.”

The film is written by Annukampa Harsh and Shaan Vyas with associate producer Sanaya Irani Zohrabi. Natkhat is directed by Shaan Vyas and produced by Vidya Balan and Ronnie Screwvala.