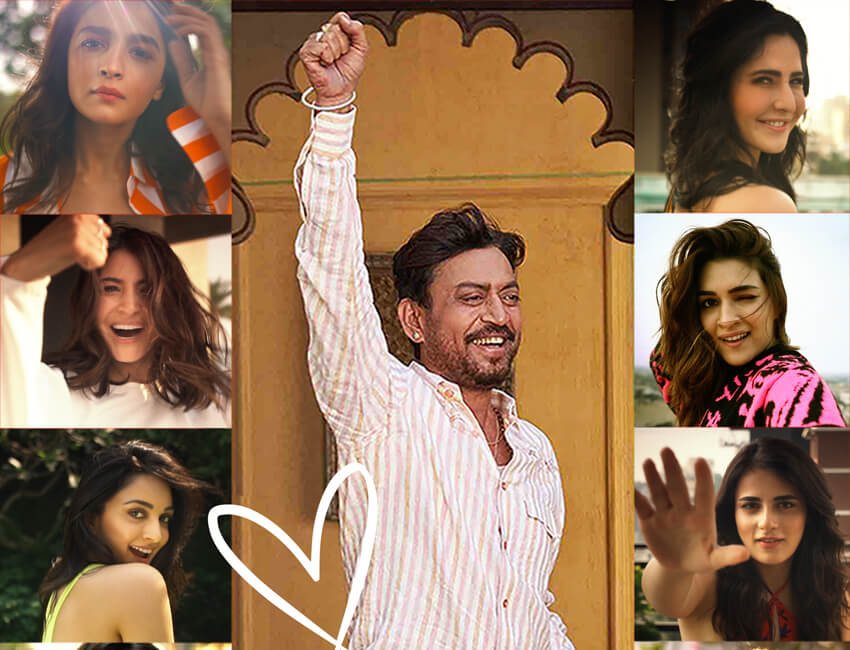 Everyone is eagerly awaiting producer Dinesh Vijan’s film Angrezi Medium. Unfortunately, the film’s protagonist Irrfan is undergoing treatment and is unavailable for promotions. In an unprecedented gesture, some of our top actresses have rallied around their fellow actors by making a music video that celebrates women and shares love for Angrezi Medium with the song ‘Kudi Nu Nache De’.

Seen having a blast in the video, Alia Bhatt laughs, “I love the lyrics and while listening to it, it made me want to fly, made me want to dance… that’s how meaningful it is. It’s a really cool song.”.

Grateful, the film’s director, Homi Adajania says, “The Angrezi Medium journey has been unlike anything I’ve experienced. It’s been made with so much love and positivity and this video takes the spirit ahead…It’s a glimpse of what love and positivity looks like… These are beautiful people who gave us time with little notice, selflessly pitched in and I love them for this.”

Angrezi Medium has been scored by musician duo Sachin-Jigar and this special song, Kudi Nu Nachne De which is sung by Vishal Dadlani speaks for equality and respecting a person’s wishes.

Katrina Kaif adds, “Irrfan and Homi are two of my most favourite people, so when he called me there was no question of me not stepping in. I feel that when we can be there for someone, we should. That’s how it should be in our industry.”

About the song, Anushka Sharma says, “When Homi sent me the song, it was on loop and it still is. This song is going to make everyone super happy.”

An emotional Janhvi Kapoor adds, “Irrfan sir has given all of us so much and we want to see him back soon and in the best health possible.”

In the film, Irrfan plays a single father who is willing to go to bizarre lengths to make his daughter’s dream come true.

Celebrating the song, Ananya Panday says, “This is going to be an anthem for all the girls. It’s definitely my anthem already.”

Echoing this sentiment, Kiara Advani adds, ”It’s every single girl’s inner voice that says – Let us just be, let us just have fun.”

Playing Irrfan’s daughter in the film, Radhika Madan is thrilled to be a part of the ’kudi tribe’ saying, ”Don’t clip a girl’s wings and she’ll make the world a magical place.”

Producer Dinesh Vijan signs off, “It’s not just the industry, gestures like this make the world a better place… I hope it encourages more of us to support and be there for each other.”