Kriti Sanon channels her action avatar as she joins team ‘Ganapath’ in the UK! 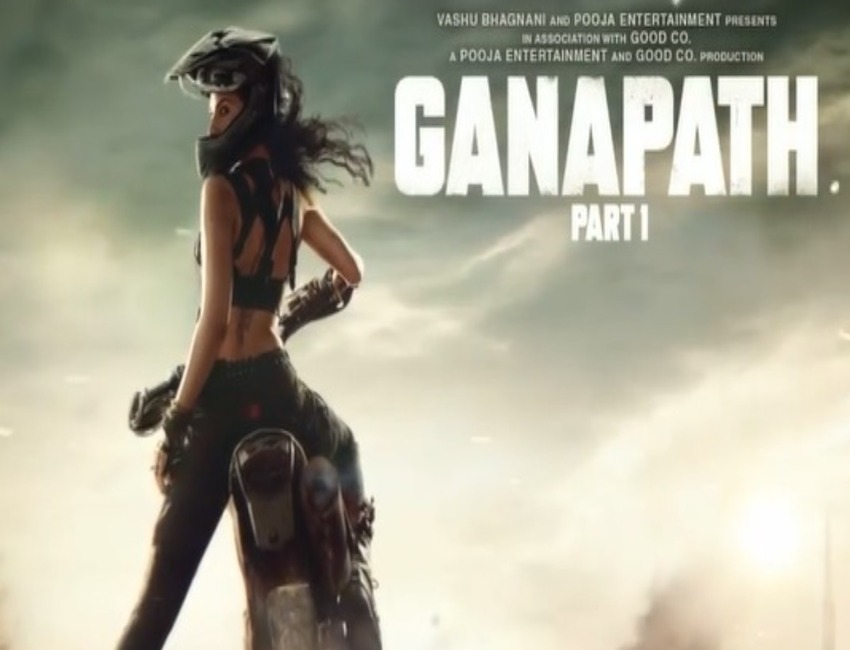 Pooja entertainment and Kriti Sanon took to Instagram to share a sneak peek of Kriti’s intriguing character, ‘Jassi’ in the dystopian thriller! The video gives us a sneak-peek into Kriti Sanon’s intriguing character ‘Jassi’ in their mega-budget dystopian thriller ‘Ganapath’. The actor is all set to channel a never before action avatar during the film’s shoot which is currently unfolding in the UK.

Kriti will be doing some high-octane action sequences in the film helmed by a dynamo like Tiger Shroff. The stylish slick and video shared shows Kriti clad in an uber-cool leather jacket and riding a bike. Her look has left many fans intrigued by her character Jassi’s graph in the much-awaited thriller.

ALSO SEE: Kriti Sanon’s recent pictures from the sets of Mimi are too adorable to handle!

‘Ganapath’ is directed by Vikas Bahl and is produced by Vashu Bhagnani, Vikas Bahl, Deepshikha Deshmukh, and Jackky Bhagnani. The film is set to take the big screen by storm on 23rd December 2022. If we go by the schedule announcement videos, it seems a Christmas bonanza is in the making and will for sure rock the box office like never before!