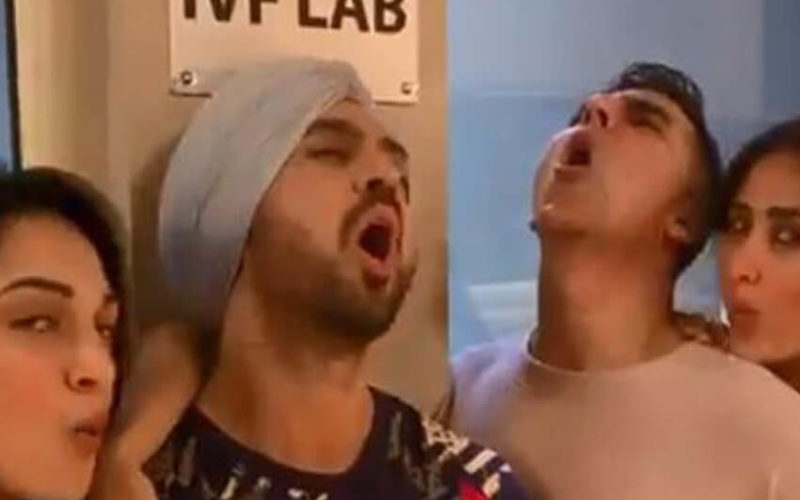 The quirky song from Housefull 4, ‘Shaitaan Ka Saala‘ featuring Akshay Kumar released last week within no time the song’s fever is all over! The signature step has taken over the internet as we see the majority of actors grooving on the same song and now the cast of Good Newwz is also seen dancing on the tunes of ‘Bala‘.

Housefull 4 is presented and produced by Sajid Nadiadwala‘s Nadiadwala Grandson Entertainment and co-produced by Fox Star Studios, directed by Farhad Samji. The film is slated to release on 25th October 2019.