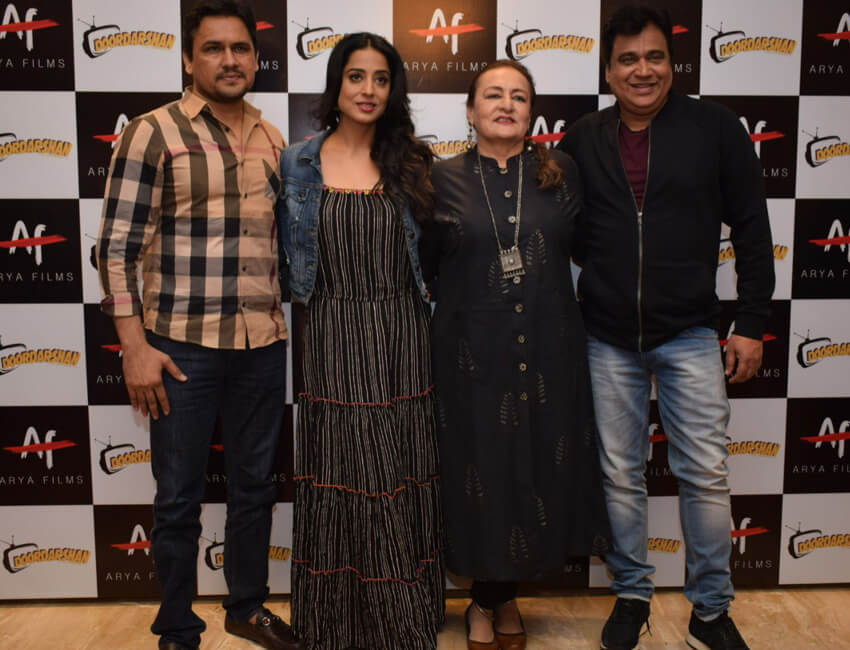 Recently, Mahie Gill, Manu Rishi Chaddha, Dolly Ahluwalia and producer Sandeep Arya came to Delhi for the promotions of their upcoming movie Doordarshan. The film is scheduled for release on 28 February 2020.

Doordarshan is an upcoming comedy-drama film directed by Gagan Puri and produced by Arya Films. The storyline of the movie is based on the comatose grandmother of the family who wakes up suddenly one day, the parents who have been bickering over their suicide are compelled to revive their marriage and keep the peace as the matron cannot be shocked into the current world. What follows next is the family trying to recreate the late 1980s, complete with broken television and Doordarshan.

While talking to media, Dolly Ahluwalia spoke about her role, ” I am playing the role of a grandmother whose character was dead from the past 30 years. When she suddenly gets life, she makes all the family members dance on her fingers.”

Producer Sandeep Arya shared about the of Film, ” When I read the script contained two eras, one of the early 90s and the present era. The first thing which comes to our mind after hearing the 90s is Doordarshan.as all of us have grown up watching it. So we tried to make a family entertainer keeping these two eras in the mind.”