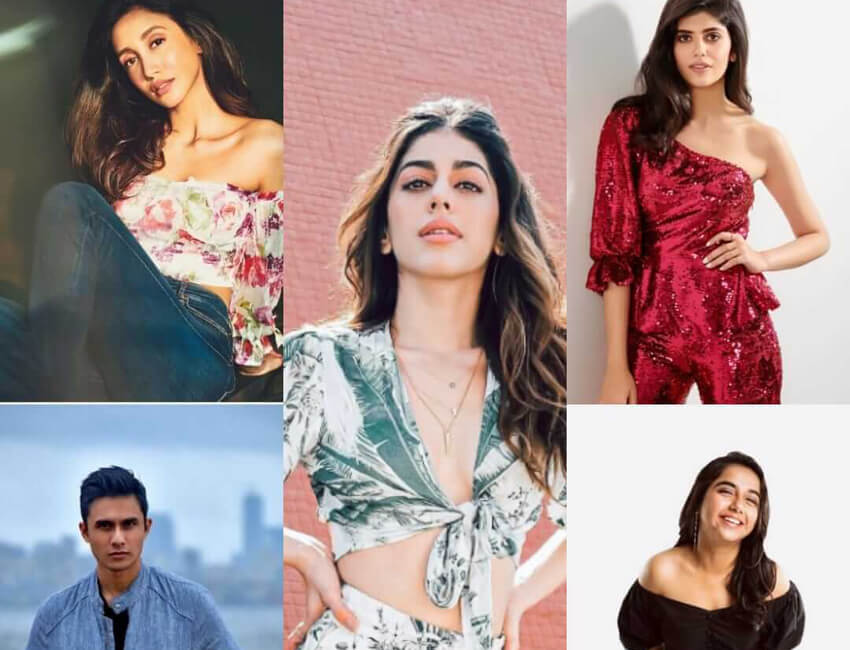 With the Indian entertainment industry being the largest in the world, there is always space for emerging, young talent to shine and make a mark. These debutantes cut through the competition and made audiences sit up and take notice. 2020 was a testing ground for the promising newcomers and these names passed with flying colours.

Alaya F – While a string of fresh faces were making their inroads into the Hindi film industry, most placed their bets on Alaya F, who made her big Bollywood debut with ‘Jaawani Jaaneman’. The young actress with her talent and refreshing screen presence, was the most promising debutante of the year and left an indelible mark on the audience. It’s daunting for any newcomer to share space with Padmashri and National award winners like Tabu and Saif Ali Khan in your very first film. However, Alaya held her own and showed extreme confidence. She bowled over the critics and received unanimous praise for her performance in the coming-of-age film.

Shreya Chaudhry– Ever since the show Bandish Bandits released, Shreya Chaudhry has been waking up to constant messages from her fans. The actress, who earlier worked with Imitiaz Ali on a short film, got true recognition as the struggling pop singer Tamanna Sharma, on the digital web-series that took the internet by storm. Not surprisingly, Shreya has received several meaty offers, so we can expect much more from the stunner in the near future.

Also Read:- Did you know that Shreya Chaudhry’s fitness goals are inspired by Hrithik Roshan?

Sanjana Sanghi – The actress had caught the audiences’ attention with her brief roles in Rockstar, Hindi Medium and Fukrey but made her debut as a lead with the Sushant Singh Rajput starrer ‘Dil Bechara’. Sanjana’s poised and sensitive performance in the film won critics’ hearts.

Ritwik Bhowmik – After being part of several short films, Ritwik finally headlined Bandish Bandits that made him a popular name. He received massive praise for his portrayal of a classically trained singer in the show that also introduced audiences to another favorite- Shreya Chaudhry.

Prajakta Kohli – Popularly known by her YouTube name ‘MostlySane’, the digital influencer was a hit with the Gen-X crowd thanks to her show ‘Mismatched’. It’s no surprise then that Prajakta bagged a film with Varun Dhawan and Anil Kapoor.

2020 was one of the toughest years, not just for the entertainment industry, but the country as a whole and these young stars managed to leave a mark even in the midst of crisis.