Umar Riaz creates history by crossing 17 million tweets and becomes the most tweeted contestant ever in the history of Bigg Boss! 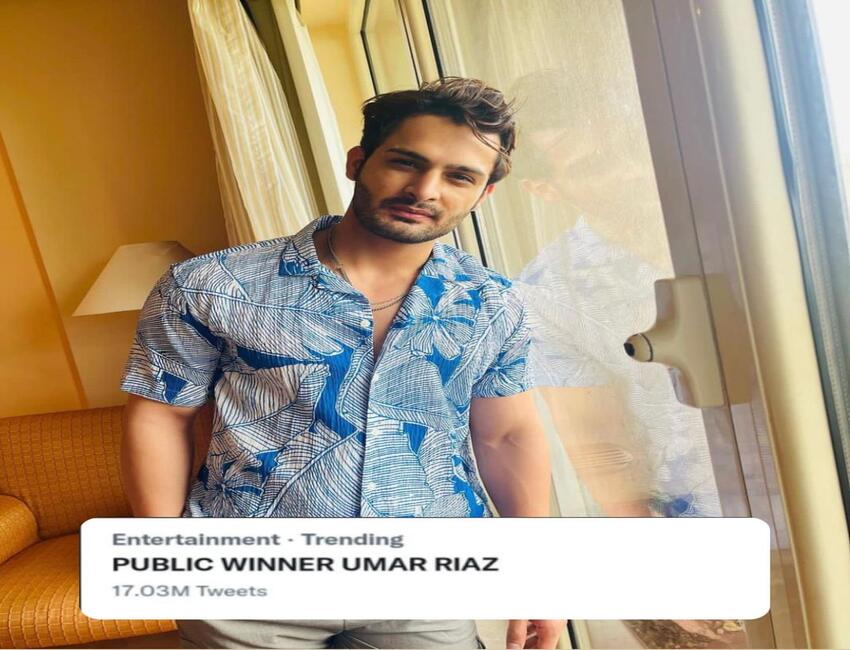 Season 15 of Bigg Boss is almost at the end of its season. The show that has been an entertainer for many has been extended one more month. While the season saw some unusual twists and turns, it saw the eviction of Umar Riaz.

ALSO READ: Asim Riaz introduces himself as a rapper with his upcoming release – Back to Start.

Umar has been evicted post him indulging in a fight with Pratik Sehjpal. The latter who is not an actor has created history in the Bigg Boss. Yes, you read that right! Umar Riaz becomes the most tweeted person ever on the history of Bigg Boss crossing 17 million tweets.

Umar who has been loved by many and has a huge fanbase outside. He has been that one personality in Bigg Boss who played the game with full spirit. He was targeted many times but he had come ahead, time and again. His eviction saw a huge amount of disappointment and many of his fans were seen deleting Voot app. They created a noise on the internet with their tweets of No Bigg Boss without Umar Riaz too!

Well, Umar Riaz’s fans made him create a history. Can we see their power to have him back on the show? Only time will answer that. Till then we congratulate Umar and his fans on this great achievement.