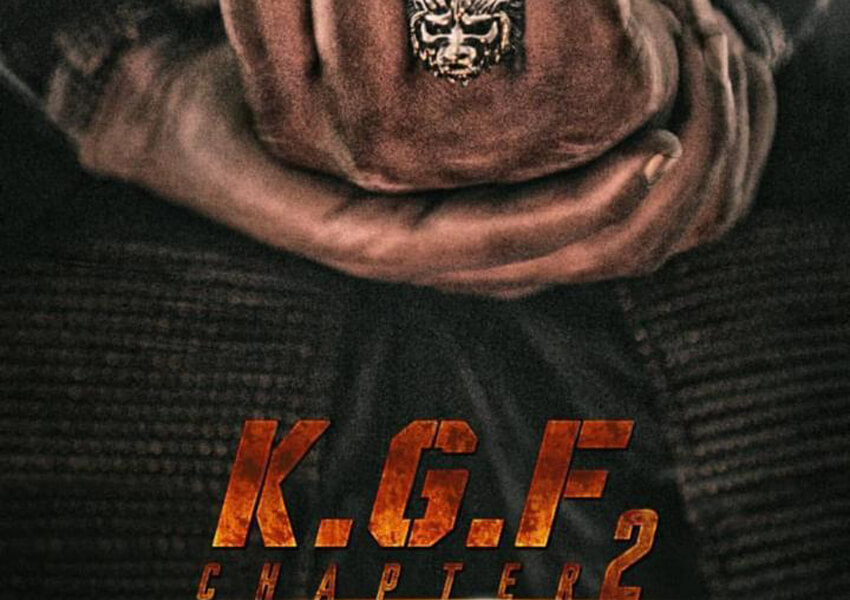 After receiving a roaring response from the audience for KGF chapter 1, which won millions of hearts not just in India but across quarters, the makers have dropped the first poster of KGF Chapter 2 today. Earlier this year, the makers had started shooting the film and after a roaring response of KGF Chapter 1 is not just South India but across the nation, the pan India film now embarks on its journey for the second part.

In a momentous poster release, it introduces the character ‘Adheera’ shrouding the whole film in mystery. The poster released has a mystical aura to it as we see a closed fist with a ring which has a grave-looking lion’s face embedded on it which has the qualities of resoluteness, strength, and struggle written all over it.

ALSO READ: “This is what I always wanted to do,” says Ananya Panday on her work getting appreciated by the audience

Mounted on a large scale the much-anticipated film puts forth technical advances to create a visually stunning experience. With strong and impactful dialogues in Hindi as well as Kannada, the film caters to the classes as well as masses. The team of KGF includes lead actors Kannada Superstar Yash and Srinidhi Shetty who are gearing up for the release of KGF Chapter 2.

The success of Kannada film KGF, which was released in Hindi, Tamil, Telugu, and Malayalam, has proved that audiences are keen to accept crossover content, now expectations rise with the announcement of KGF Chapter 2.