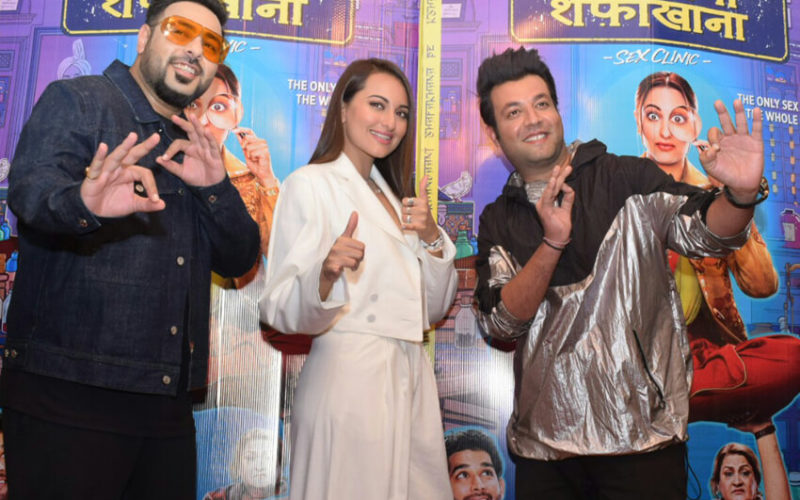 Sonakshi Sinha, Badshah, and Varun Sharma came to New Delhi for the promotion of their upcoming movie Khandaani Shafakhana. The upcoming movie is a comedy-drama film directed by Shilpi Dasgupta and produced by Bhushan Kumar, Mahaveer Jain, Mrighdeep Singh Lamba, Divya Khosla Kumar, and Krishan Kumar jointly. The film is produced by T-Series and is scheduled to be theatrically released in India on 2 August 2019.

Sonakshi Sinha spoke to media about the message that the movie spreads, “ Sex- Education is as important as any other academic subject for the students which should be taught both in school and home. I am proud to be a part of Khandaani Shafakhana as it conveys a very sensitive issue in a funny way.” She also mentions that Sex-education is banned in about seven states of our country.

Present at the event, Varun Sharma said that “Many times it happens people are not open about talking sexual disorders with their family and especially when it comes to marriage. This creates a problem for both families. The taboo of not talking about sex or sexual disorders need to break.”

Badshah spoke about his debut in acting with this movie, “ I was very comfortable in acting with Sonakshi and Varun. As I was never afraid of making mistakes on the sets as I knew I could easily ask for a retake in front of them.“