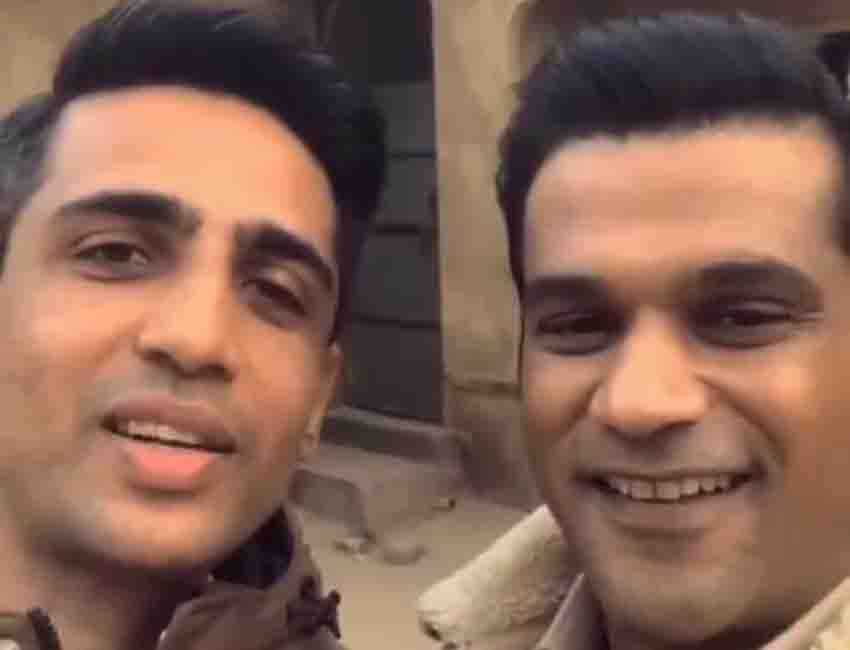 Actors bonding with each other during shoots is not an uncommon occurrence. And there are times when some of their friendly conversations are truly entertaining. Recently, on the sets of Reema Kagti’s next project ‘Fallen’, Sohum Shah and Gulshan Devaiah engaged in humorous banter. Sohum Shah was taking tips from Gulshan for social media posts and the latter offered him a hilarious piece of advice!

Not To Miss :-SOHUM SHAH UNDERGOES PHYSICAL TRANSFORMATION FOR HIS NEXT ROLE AS LALU PRASAD YADAV..!!

Talented actor Sohum Shah has entertained viewers with his absolutely stunning performances in diverse presentations such as Tumbbad and Ship of Theseus. He will soon be seen in the role of a police officer in Fallen which is a first for the enterprising performer. Amidst a break on the shoot, Sohum is seen asking pointers from Gulshan who gives funny tips on the kind of things that should be posted giving whacky references to cricket alongside. He also advises Sohum to speak with Vijay Varma once as he is popular on social media.

Also Read :-  SOHUM SHAH IS ALL SET TO SUPRISE THE AUDIENCE WITHA NEVER SEEN BEFORE LOOK..!

Social media pe charcha with @gulshandevaiah while shooting for @excelmovies #Fallen in Rajasthan!