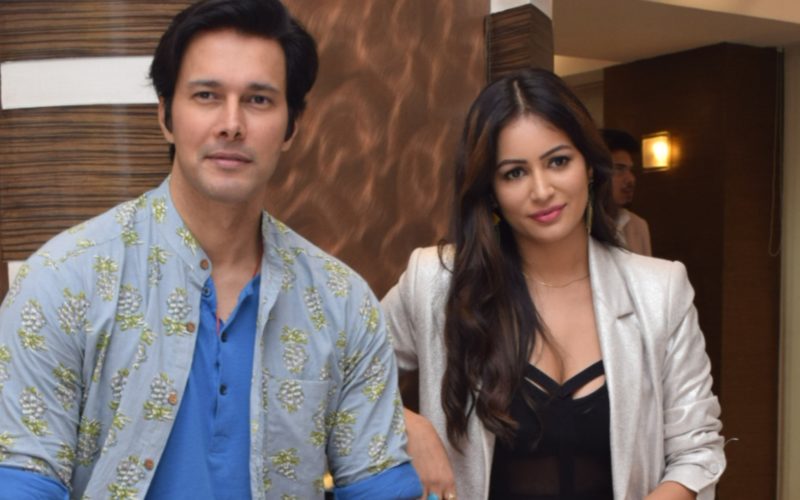 Actor Rajneesh Duggal and Pooja Bisht who are playing the lead in the movie came to promote the movie. The movie is set to be released on 9 August 2019.

The movie revolves around four friends who are vacationing in Greece and are rattled by a series of supernatural incidents that get increasingly dangerous. They must now team up with their tour guide Vedant and a mysterious stranger named Aveer to escape the mortal danger they`re in, but their new allies could well be hiding a few dark secrets.

The movie is directed by Rajiv S. Ruia and Produced under the banner of Big Bat Films by producer Ravinder Jeet Dariya.

Present at the event Rajneesh spoke about the uniqueness of the movie” Our team has worked really hard on the VFX of the movie so that it can match up to the level of Horror movies in Hollywood. Mushkil is a romantic horror, maybe the story doesn’t seem to be unique but the quality of the movie will definitely woo you.”

Actress Pooja Bisht is making her debut in Bollywood with movie Mushkil, She spoke about the challenges she faced while shooting ” The major challenge for me was wearing short dresses in the cold weather of Greece. It was very difficult to be in character and concentrate in such cold weather.” Pooja was a part of reality show before coming to Bollywood , when asked about her journey from TV to the cinema she told, “ My experience in reality show was very bad as people always used to fight and abuse in there, I was never able to relate to them. In movies, there is a proper script and character which you are playing that excites me more as an artist.”

Second Season of ALTBalaji’s Apharan on the Cards

Did you know why actor Sidharth Malhotra chose to do ‘Jabariya Jodi’?