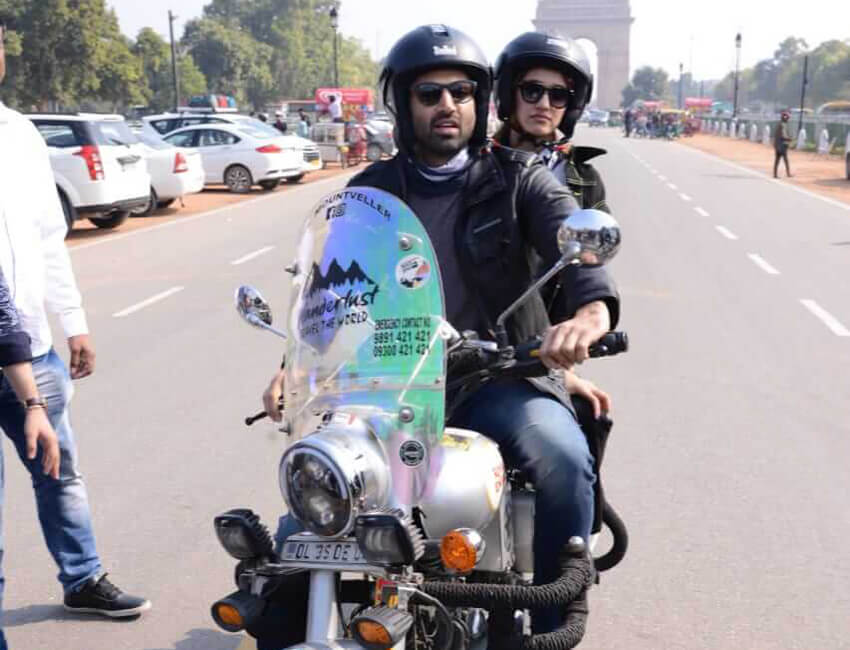 Aditya Roy Kapur and Disha Patani who are steaming up our screens with their chemistry in their next, Malang were spotted on a bike recently while they were in the capital to promote their upcoming film, Malang. Wherever the two traveled to for promotions, they made sure that they went on a bike together and we are loving their chemistry.

Circling around India Gate, the two were seen at their sporty wear, donning the gear and all smiles. While Aditya took to the handle, Disha was at her happiest- possibly, reminiscing the Goa shoot days of Malang as we can see from the trailer. The whole team has been on a promotional spree and we found the two lead actors strolling around the city on the two-wheeler.

Ever since the trailer of Malang has released, the excitement of the audience has been at its peak and more so, to witness the chemistry between the fresh pair. Malang madness has enthralled the youth and masses alike with its thrilling storyline. From the poster to the enchanting trailer, followed by the music tracks that have been released- all receiving immense love and praise from all across.

The film Malang is directed by Mohit Suri and produced by T-Series’ Bhushan Kumar, Krishan Kumar, Luv Films’ Luv Ranjan, Ankur Garg, and Northern Lights Entertainment’s Jay Shewakramani. The film is all set to hit the theatres on 7th February 2020.