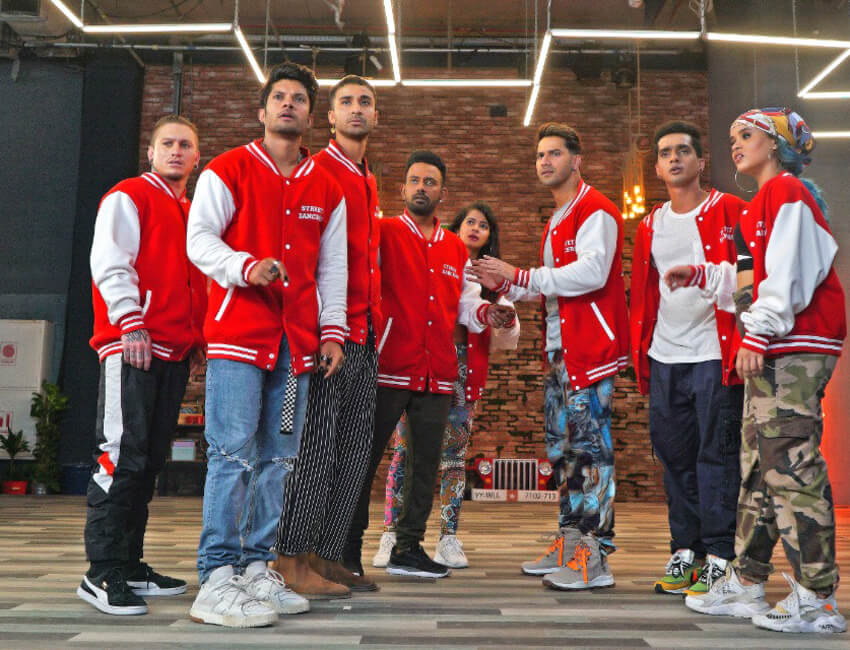 Varun Dhawan the flag bearer of Remo D’Souza directed dance film is all set to blow you away with his dancing skills in his upcoming ‘Street Dancer 3D‘. Varun and Team have been promoting the movie in style by dancing on the streets and giving the audience a little glimpse of what is in store for them. In the film, Varun Dhawan’s team ‘Street Dancers‘ is pitted against Shraddha Kapoor’s team ‘Rule Breakers’.

Varun’s camaraderie with his team is equally good on and off-screen. The actor shares, “My team is a family to me now. We have bounded a lot as we have lived together and practiced together for all those 65 days. There was genuine fun that we had while filming the movie. I have worked with Dharmesh, Puneet, Raghav, Sushant, Pravin, and Prashant while Chandani became a sister to us. When you see the film, you will see that there is so much bonding on-screen which was off-screen as well. Even before shots, we were in the same room, listening to music, eating food, working out in the evening, training together. We were always together and doing things together like a crew.”

He further adds. “Practicing together was difficult initially, but because my team was so strong and they pushed me, I have enjoyed it. Also, there are a lot of stunts in the film, so to do that you have to trust your team and they always had my back.”