Karan Deol: I never thought about pressure and focused on my acting 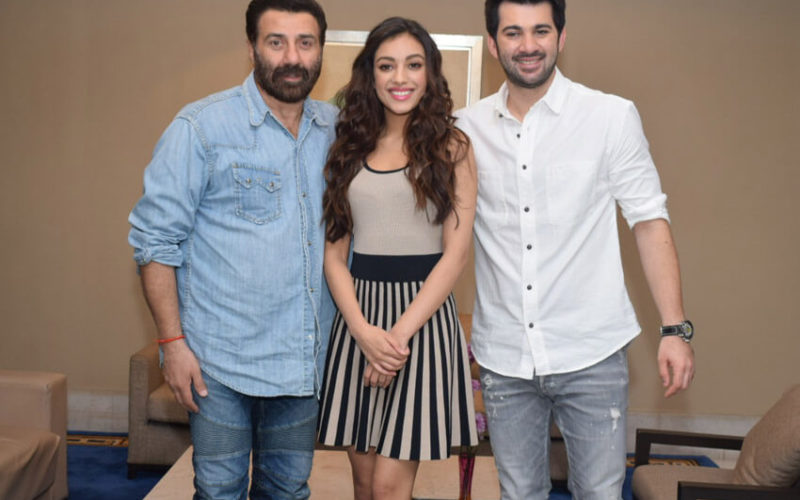 Present at the event, Karan spoke about dealing with the pressure of taking the legacy forward of Deol Family, “I never thought about pressure and focused on my acting so that I can justify my character in the movie. I didn’t think of the baggage and other things while doing the movie.”

Sahher Spoke about her experience of shooting Pal Pal Dil Ke Paas, ” It was an amazing experience, I didn’t have any acting experience before this and I learned a lot from Sunny Sir. The most important thing I have learned is patience. We are more like a family now.”

Sunny Deol told his experience of Directing the movie, “For me, the ambiance of the sets was very important, I never scolded Karan on the sets. At the same time, I knew how to extract best out of him when he underperformed.”