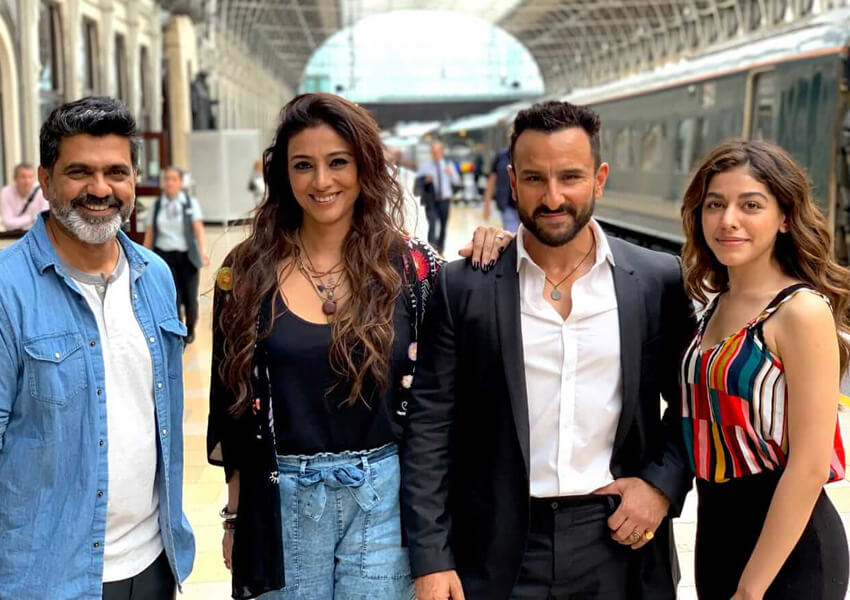 The craze around World Cup may be over but London is still where all the action is! And rightly so, as the team of Jawaani Jaaneman shoots in full swing.

While the distinct casting of Saif Ali Khan and Tabu coming together after a long time has already broken the internet, Jawaani Jaaneman also serves as the launch pad for Alaia F (Pooja Bedi’s daughter) who is quite the social media star already.

While we snooped around to get some dope on Jawaani Jaaneman, what we got to know is that it’s truly a fresh, exuberant, coming-of-age story of a father and his daughter, with a roller-coaster of fun, emotions and lots of heartwarming moments thrown in.

Jackky Bhagnani says, “A fresh script, a fresh cast and a coming together of a fresh team. So expect the unexpected. Without giving away much about the film, the only thing I will say is that if you have laughed, cried or enjoyed with your family, that’s exactly what you will do with our film! Nitin sir, with his unique talent to say the best of the stories in the most relatable manner, has truly made a film that we are proud of. I hope the audience loves this film as much as we do.”

Tabu says, “Since I have been playing dark roles off-late, the character I play in Jawaani Jaaneman is absolutely refreshing. I loved the script when I read it and I definitely wanted to do this at first go.”

Jay Shewakramani adds, “As the title suggests, Jawaani Jaaneman has got a very young, fresh and energetic feel to it. With seasoned actors like Saif Ali Khan and Tabu along with the promising debutante Alaia F, expect the unexpected!”