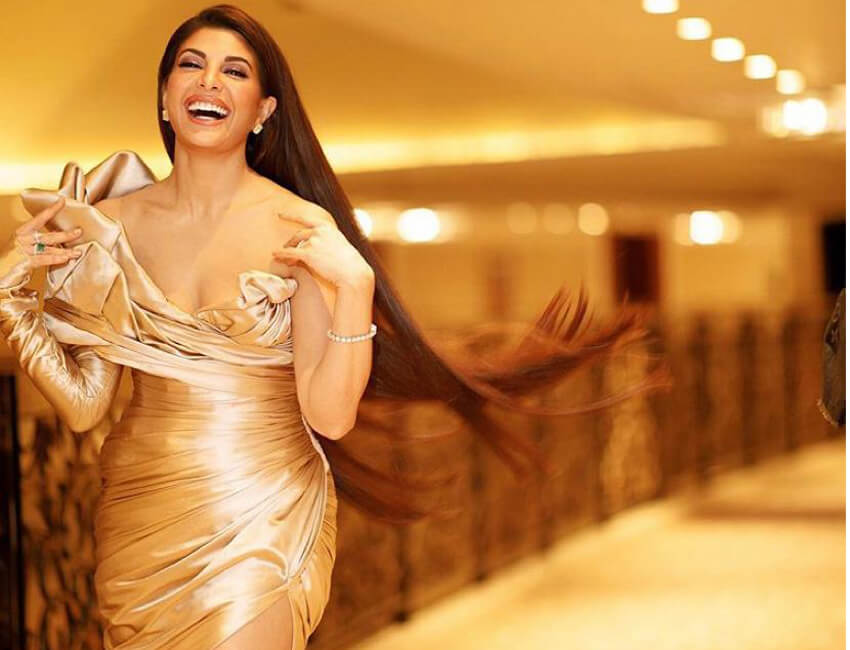 One of the most talented and beautiful actresses in Bollywood Jacqueline Fernandez never fails to grab the attention of the world with her sartorial choices and this time was no different where she has graced the July cover of a leading magazine where she has been termed as “the future of fashion”- Joy, freedom, and sisterhood.

The actress recently stunned everyone with her Oh-So-Stunning look on the July cover and w surely can’t take our eyes off her.

On the cover, Jacqueline poses confidently and has been killing us with her gorgeous looks and enviable figure. The diva is seen in a monochrome look, wearing black bagged pants paired with a white collared shirt and her no-makeup look with messy hair that completes her look. The silhouette has surely nailed the classic pick and we can’t stop gushing over the beauty.

Earlier, the actress also shared a motion cover on her social media handle and she looked breezy giving us a sneak peek into the cover that was set to get unveiled. Giving us a cool vibe Jacqueline is surely the future of fashion and is setting the bar high with her ethnic and chic looks.

Touted to be a positive growth leader and hailed as the most influential celebrity Jacqueline always succeeds in impressing the fans with her dazzling looks, creating a statement like always! With a massive fandom all across, the fans have gotten a treat with the unveiling of this new cover.

ALSO READ: Jacqueline Fernandez talks about social media and the hardships of being an influential celebrity

The fitness enthusiast is all set to play the role of a serial killer in her first OTT project and fans are going gaga over this announcement. She is all set to mark her Digital debut with ‘Mrs. Serial Killer‘.

Having several brand endorsements to her credit, Jacqueline Fernandez has emerged as one of the most bankable actresses in addition to being the commercial front runner. Banking upon her social media fandom, brands are constantly attempting to make her the face of their lines and products.

The actress will be sharing the screen space with Salman Khan once again. Directed as well as produced by Sajid Nadiadwala, Kick 2 will release on Christmas 2019.