Irrfan and Deepak Dobriyal give sibling rivalry a delightful touch in ‘Angrezi Medium’! 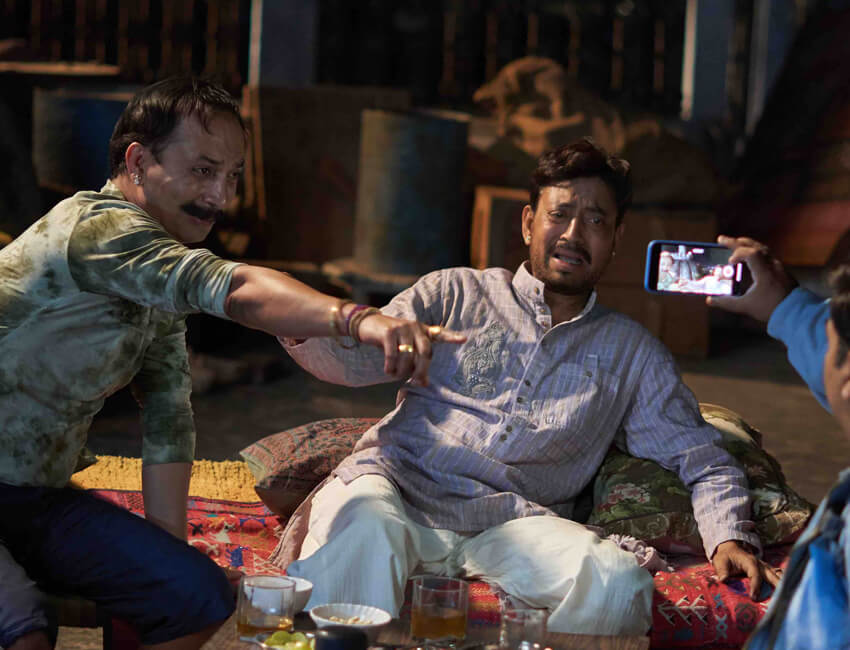 Ask Angrezi Medium’s director Homi Adajania to describe the crackling chemistry between Irrfan and Deepak Dobriyal and he won’t stop laughing, saying, “Their characters are a bunch endearing loons who will make you laugh and cry, but it’s magical to watch the way they feed off each other as co-actors.”

This delightful duo who love to fight and fight for love depict the warmth and craziness that define sibling relationships.  The moments between them are laced with large doses of quirky humour that will remind you of the love-hate relationship you probably share with your own sibling!

Talking about reuniting with Irrfan, Deepak shares, “I haven’t worked with an easier co-actor than Irrfanbhai who is an institution in himself. He was extremely supportive and I loved improvising scenes with him. Our off-screen chemistry and love has translated wonderfully on-screen as well. The film has beautiful moments that bring out the fun, emotions, and camaraderie between the two brothers.”

While the film is a beautiful slice of the life story of a father-daughter relationship, it also celebrates the bond of brotherhood. A bittersweet rivalry between brothers who are constantly harassing each other until someone else threatens one of them. Deepak and Irrfan will be sharing screen space once again after their successful outing Hindi Medium.