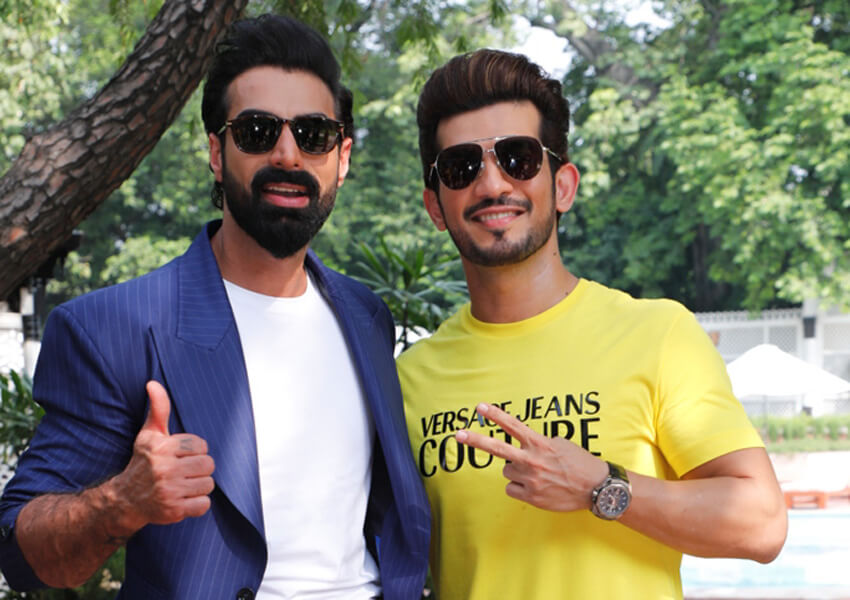 After a successful first edition of Dance Deewane, COLORS once again put the spotlight on talent across age groups by giving them a platform to showcase their ‘deewangi’ for dance. With ‘Yahan Deewangi Nahi Kisi Ki Kam… Dekhenge Kis Generation Mein Hai Dum’ as its core philosophy, this season has a trove of fresh new talent from three different age groups competing for the coveted title to become this season’s ultimate Dance Deewane. Guiding and judging these contestants is the fabulous triad – Madhuri Dixit Nene, Shashank Khaitan, and Tushar Kalia along with the charming host of the show – Arjun Bijlani. The show has reached its gala phase nowhere the top 18 contestants will be seen putting their best foot forward to save their spot.

Along with magnificent performances, the camaraderie of the judges and the host has been the talk of the town. The well-celebrated bromance and the tongue in cheek humor between Tushar Kalia and Arjun Bijlani have been an audience favorite. In the previous season, Arjun was on the lookout for a suitable bride for Tushar, but this season he has taken the prank to another level by introducing a baby and claiming that it belongs to Tushar. Their wit and humour have garnered a lot of eyeballs. Arjun Bijlani and Tushar Kalia recently visited New Delhi to thanks their fans for the love and support they have showered on Dance Deewane. They were also accompanied by contestants Mehul Mehta from the third generation and Paramdeep Singh Rana from the second generation.

ALSO READ: These punch-lines from Comicstaan season 2 will light up your day

As a judge on Dance Deewane, Tushar Kalia has left viewers awestruck with his vast knowledge of dance and his magical performances. Speaking about his journey, Tushar Kalia said, “ Dance Deewane is different in many ways but one factor that makes it exceptional is that it transcends the barriers of age and emphasizes purely on talent. The contestants on the show have always amused me with their talent right from the first season. For me, it’s not only about judging them but also getting to learn new things from them. As a judge, I’d look for a balance in terms of performance, creativity, and passion. I am really excited to be in Delhi today and looking forward to devour some lip-smacking food that the city has to offer.”

Elaborating on the show and his visit to Delhi, Arjun Bijlani said, “Hosting Dance Deewane has been one of the most enjoyable aspects of my career. In the first season, I was learning on the job but with season 2, I feel I’m evolving as a host. The Dance Deewane team is like my extended family now and it’s a pleasure to witness people from different generations stun you with their performances. People of Delhi have always given me the love and warmth and have been a big part of my success story. I take this opportunity to thank them for their support and love.”