Check this out! Indian Superstar Yash, a family man celebrating his son’s first birthday in the most heartwarming manner 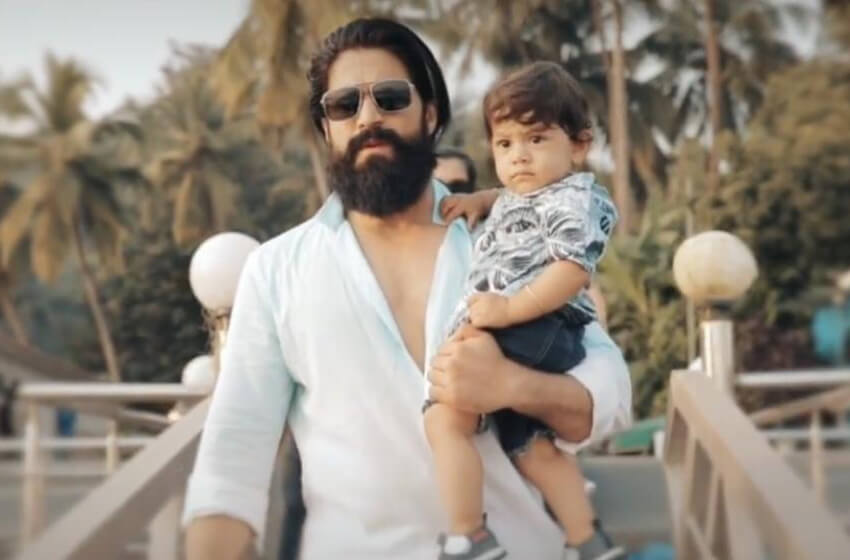 Yash is a complete family man, working tirelessly with immense dedication always, he has managed to build his own fortune over the years. As his son turned a year old recently, he personally managed and organized an extravagant celebration for his son Yatharv’s first birthday.

The Indian Superstar has made it big, but very few know that he actually comes from a humble background. Yash had a very simple celebration when he had turned one.

He had similar celebrations for his daughter Ayra’s birthday when she turned 1 and now for his son. He is trying to give his children the joy of life he couldn’t experience. A father first and an actor second, always.

Giving his son a memory to last for a lifetime, Yash shared a heartwarming video of the party.

He penned a message for his son saying,

U may not remember the flavour of your cake, u may not know why that day was so special.. but to us, as parents it was a celebration we will cherish for life.. a year gone by as parents of a lil bundle of happiness!! Happy birthday ❤️ Vc: @focusphotographyservice

On the work front, the actor has resumed shooting for the much-awaited and anticipated sequel of KGF, which is touted as the Pan-India film.