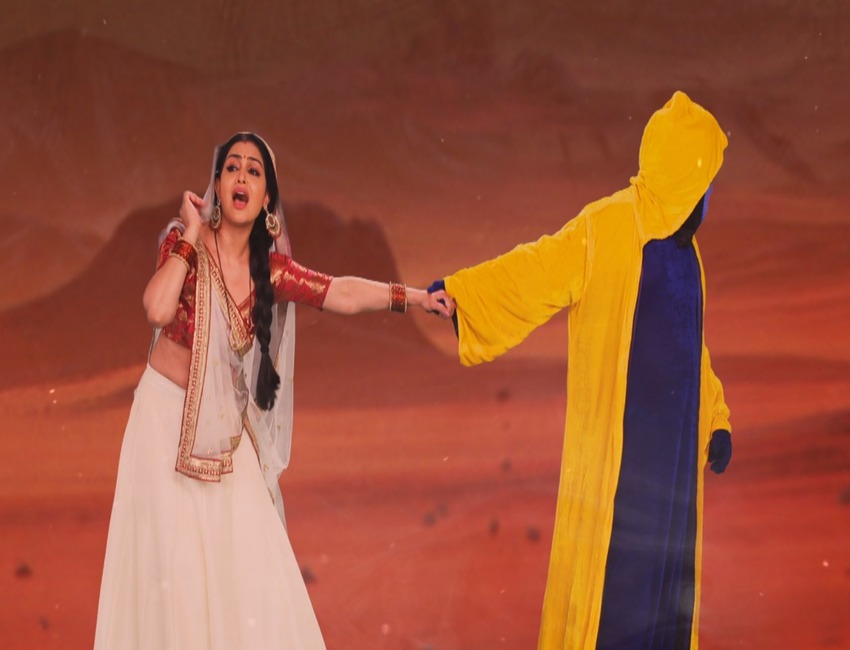 Exploring Space has always attracted the attention of many of us. Many Bollywood and Hollywood space movies have gripped the attention of audiences by showcasing extraordinary stories laced with marvelous visuals. And as it seems, &TV’s one of the most popular shows, Bhabiji Ghar Par Hai will take its viewers to Mars in one of its most entertaining upcoming tracks. It is for the first time that planet Mars will be depicted on Indian television, albeit with a comical angle making for a hilarious show. Popular actress Shubhangi Atre who essays the role of traditional and seedhi-sadhi Angoori Bhabi will be seen as the primary character in the sequence.

Talking about her experience of shooting the sequence, Shubhangi Atre shares, “The concept of space is huge and interests a massive audience base. Right from childhood, I have also been fascinated to know and explore more about different planets. I have watched many movies and shows related to space and my excitement keeps growing each time I hear about concepts related to space. When the makers spoke to me about the Mars sequence, it felt like a dream come true. I was literally teleported to Mars when I saw the set for the first time. It has been designed exceptionally and viewers will enjoy it as much as I have enjoyed shooting for the track. The structure of Aliens, outfits, the atmosphere makes it one of the most exciting tracks. The comical angle to the sequence makes it even more interesting and entertaining ride to Mars for our audience.”

Watch Bhabiji Ghar Par Hai at 10:30 pm airing every Monday to Friday only on &TV.