Comedy King Kapil Sharma to voice the character ‘Red’ in the Hindi version of the upcoming animated family entertainer ‘The Angry Birds Movie 2’! 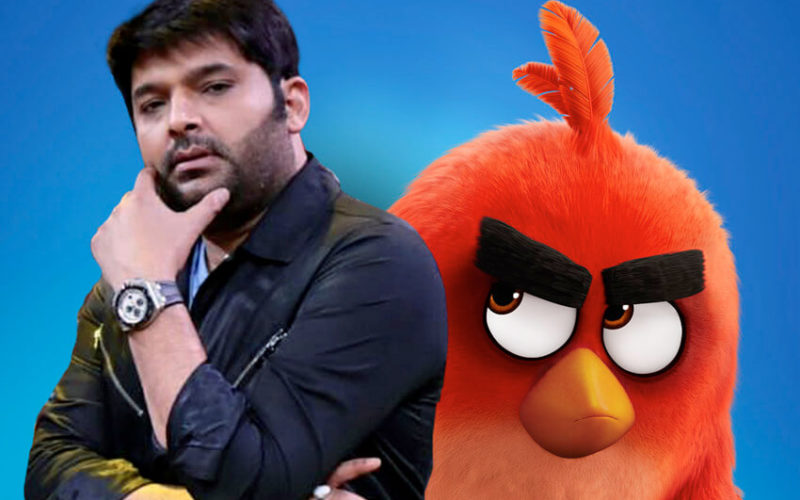 The Angry Birds franchise has been a hit amongst Indian audiences with the previous installment being a super success at the Indian box office.

For its sequel, which is releasing on 23rd August in India, Sony Pictures Entertainment India has roped in Kapil Sharma to voice the hot-headed bird ‘Red‘ for the film’s Hindi version in India.

Being a comic actor Kapil Sharma is known to improvise his script even on his show. This helped him in the dubbing process, as he had the scope to improvise the dialogues which he thought were more relatable to his audiences.

Pointing out that dubbing for a film is different than a voice for a character, he says, “In the West, artists first voice for their characters and based on that, the film is shot using graphics. But over here, we have to talk according to the graphics.”

ALSO READ: Did you know the real reason Ekta Kapoor got super excited to helm the upcoming, ‘Jabariya Jodi’?

Moreover, the actor could relate to the character and he says, “He is the hero but, at times, he gets entangled in tough situations. Knowing my history, you’d agree I am Red.”

Kapil promises that his audience will not be disappointed as Red is quite funny just like him. “The producers (Sony Pictures Entertainment India) expected me to scale up the humour and I have but it’s very situational. In fact, there are times when the character’s anger will make people laugh,” he reveals, adding that he is certain that people will connect to Red. “Though I’ll be voicing the character, they won’t see me in it,” he assures.