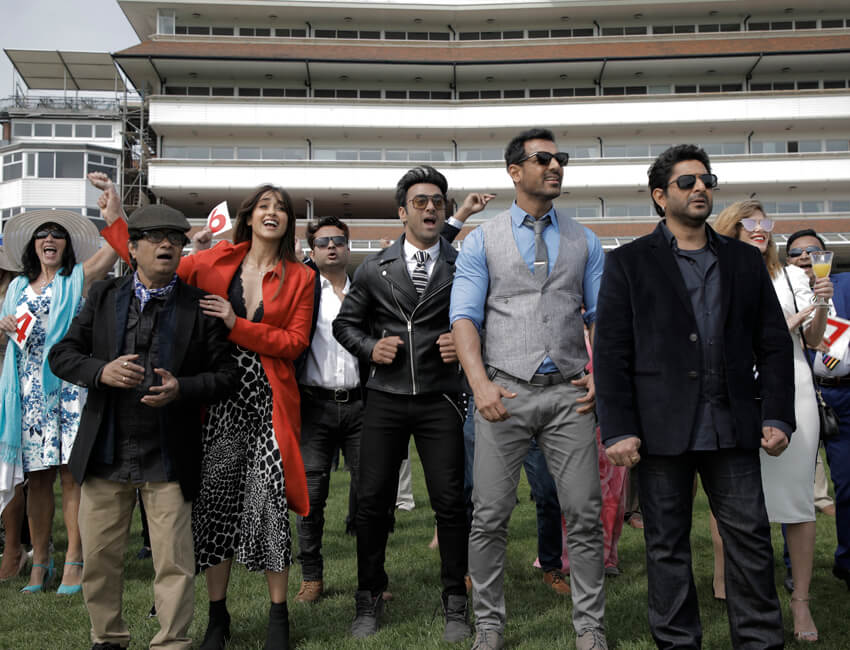 Filmmakers are extremely careful while shooting for their film when there are animals involved. And during the shoot of a racecourse sequence for his upcoming film Pagalpanti, director Anees Bazmee had to face many challenges as he wanted to make sure that the horses are in the environment.

Usually, the horses require a wet ground for running at the racecourse but it was too sunny on the day of the shoot. Not just that, the horses too are just allowed to run for an hour for a day. The sequence involved John Abraham, Ileana D’ Cruz, Arshad Warsi, Pulkit Samrat, and Brijendra Kala and was a crucial sequence of the film. However, since the safety of the horses had to be considered first, the makers got multiple water tankers on set so that they could get a wet surface for the horses to run.

Talking about the same, Anees Bazmee says, “Shooting the racecourse sequence was quite difficult to execute as there were 600-700 supporting artists/ juniors and the horses could run only for an hour after which they needed at least an hour and a half break. It was one of the expensive sequences from the film and undoubtedly there was a little pressure from the Producers. But I can say proudly that I have used some unique techniques to shoot this sequence, used some extraordinary angles and the audience will enjoy it as nothing like this is ever seen in Bollywood before.”

Pagalpanti is produced by Bhushan Kumar and Krishan Kumar’s T-Series & Kumar Mangat Pathak and Abhishek Pathak’s Panorama Studios is directed by Anees Bazmee. All India release is by Anand Pandit Motion Pictures and Panorama Studios and the film is slated to release on 22nd November.