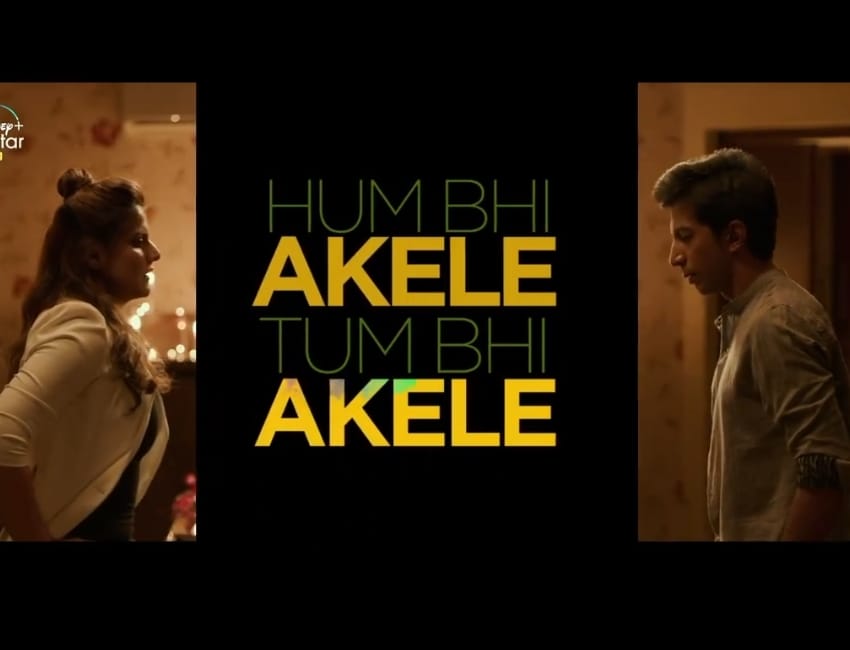 After collecting accolades around the world, Mansi and Veer’s heart-warming tale about embracing love, life and friendship in Hum Bhi Akele, Tum Bhi Akele is set to arrive on Disney+ Hotstar VIP. Actors Zareen Khan and Anshuman Jha portray the role of Mansi and Veer – two strangers and proud members of the LGBT+ community; who have more in common than they realise and chance upon each other at a bar while trying to escape their respective realities. The duo soon embark on a road trip that turns out to be a journey of a lifetime; as they drive from Delhi to Mcleodganj, Veer and Mansi discover that love is truly beyond gender.

Speaking about why the film Hum Bhi Akele, Tum Bhi Akele is special to her, actor Zareen Khan said, “Hum Bhi Akele, Tum Bhi Akele is a refreshing and unconventional movie with a feel-good storyline and two relatable lead characters, who are polar opposites yet similar in many ways. But above all, the movie has a compelling message about love beyond gender, which really moved me, and was the main reason why I chose this project. Mansi struck me as a full-of-life, adventurous and impulsive character who belongs to the LGBTQ+ community and has known that she loves girls from a very young age. Portraying her character and telling her story has been a very special experience that I hold very close to my heart. The response and recognition that the film and character have received so far has been overwhelming. I hope that Mansi, and the film’s story resonates with more audiences countrywide, and that the message of celebrating love is delivered to as many people as possible.”

Not To Miss :-  DISHA PARMAR SLAYING IN AN ELEGANT INDIAN ATTIRE ..!

Must Watch:- CHECK OUT THE HILARIOUS VIDEO OF ZAREEN KHAN