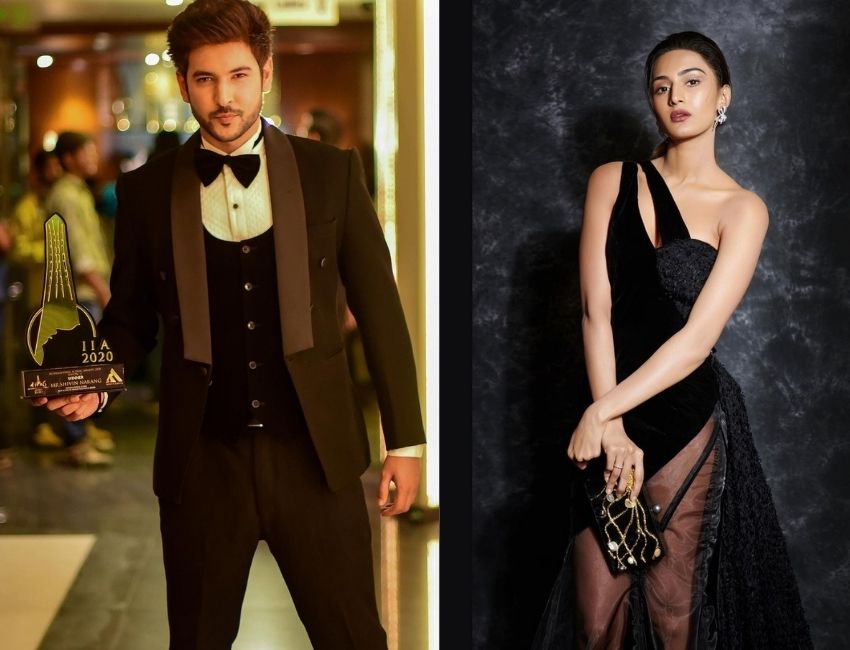 Keeping his fashion quotient high as always, Shivin opted for a black tux for the event. The actor looked quite dapper and was all smiles as he posed with his trophy. Erica looked stunning in a black gown with sheer detail.

Read Also : Vijayendra Kumeria: I don’t regret the lockdown at all!

Shivin made a name for himself in the industry with his debut show “Suvreen Guggal – Topper Of The Year“, but it was with his second show “Ek Veer Ki Ardaas… Veera” that he became the audience’s sweetheart. Since then there has been no looking back for him, and he gave some mind-blowing performances in shows like “Internet Wala Love” and “Beyhadh 2“.

He has also made a place in the audience’s heart with his romantic boy image and has wooed them in music videos like “Yaad piya ki aane lagi” and “Sunn zara“, to name a few.