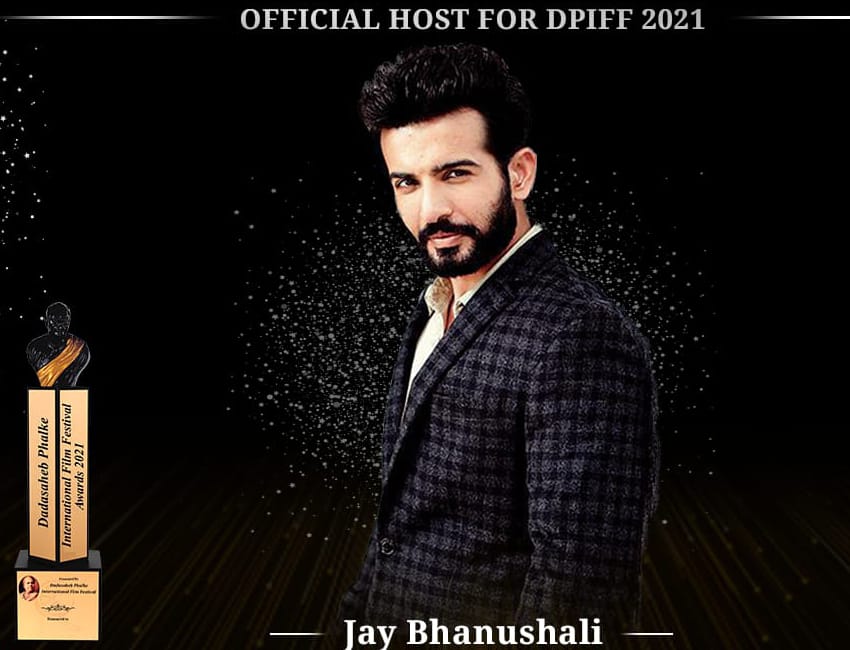 Dadasaheb Phalke International Film Festival Awards 2021 is all set to take place on February 20. Like every year, this year too, the grand and most prestigious award ceremony is expected to be full of revolutionary, big wins and memorable moments.

The DPIFF 2021 will be hosted by popular television star, Jay Bhanushali. His journey as a presenter dates back to more than a decade and it has won him many accolades. He is now all set to add a new feather to his hat as he will be hosting the DPIFF Awards for the very first time.

Sharing his excitement, Jay says, “DPIFF is the biggest and most prominent awards in the entertainment industry. To be associated with them is a big feat for me. Ever since their inception, they have been known for recognising and honouring dignitaries for their outstanding contribution and talent. I am looking forward to sharing the stage with the biggest artistes in the industry.”

The award function will honour some of the biggest names in the Indian film industry, the Indian television industry and the international film fraternity and will see some of the most popular and eminent personalities of the entertainment industry under one roof, celebrating the diversity of art, culture and creativity.

On February 10, a press conference took place to give a headstart to the award show. It was graced by the presence of Anchal Goyal (Joint MD of Film City), Shri CS Pusalkar (grandson of Dadasaheb Phalke ji), Shri Anil Mishra (Founder and MD of DPIFF) and Ram Tiwari (Dy Director of Madhya Pradesh Tourism), among others. Kay Kay Menon was felicitated with the award for the Most Versatile Actor for his profound work and contribution to the Indian film fraternity for the last three decades.

Must Watch:- JAY BHANUSHALI TEACHING HIS DAUGHTER HOW TO SWIM