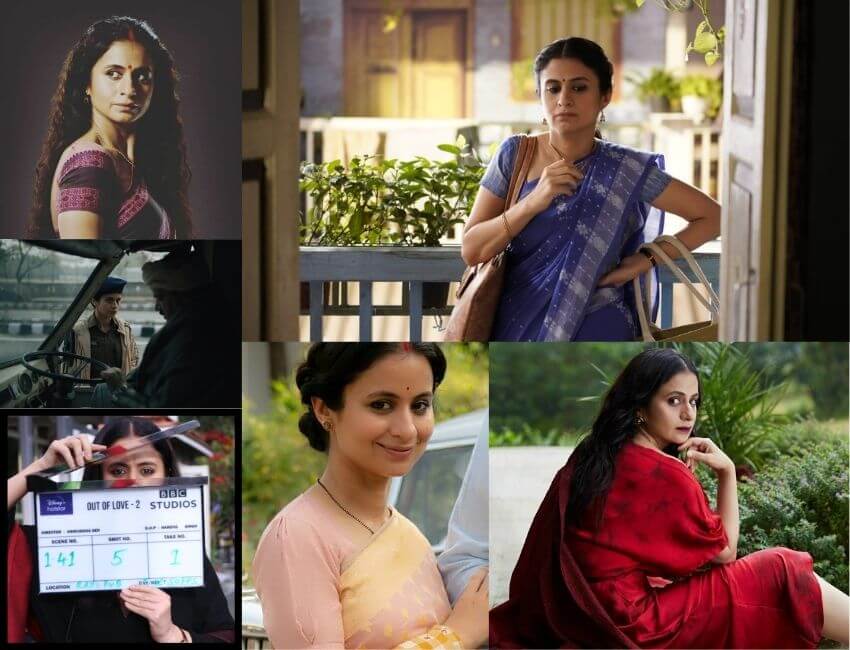 This year has seen many exciting digital projects with the onset of the coronavirus pandemic and actor Rasika Dugal made quite the impact with content-driven ventures. Here are five Rasika Dugal ventures that are a must-watch for anyone who seeks digital entertainment.

Mirzapur arrived at the digital scene in 2018 and had viewers hooked since then. Its season 2 was the most awaited in 2020. The crime series stirred excitement and ardent fans of the show have had their favourite characters since the first season. One such character is that of Beena Tripathi essayed by Rasika. The versatile actor reprised her role as Beena, who overcomes the games of power and establishes a discreet hegemony. Her character is of someone who is manipulative and knows how to navigate a man’s world. The actor walked away with praises for pulling off the role of a home-bound woman with the power to change the course of events in the series.

Out Of Love is the series that won Rasika recognition on the global front. The versatile actor essayed the role of a Dr. Meera Kapoor in the said series, which is based on Doctor Foster by Mike Bartlett adapted by Hotstar for its label Hotstar Specials. The story of Out Of Love revolves around Dr. Kapoor who discovers her husband’s infidelity and struggles to deal with this revelation. The audiences now await the next season of the series that shall see an evolved version of Rasika’s character.

Lootcase was one of the first films to have streamed digitally after lockdown. Seen in intense roles in her previous ventures, the actor sprung a surprise as she opted for the comedy genre for the first time with Rajesh Krishnan’s Lootcase. The Manto actor lent her presence to the light-hearted film that answers the call of entertainment. Praises have been heaped upon Dugal for her impeccable portrayal of a righteous and caring wife in it.

Mira Nair’s A Suitable Boy was one of the most anticipated digital series of 2020. In Mira Nair’s directorial, Rasika was seen essaying the role of Savita Mehra Kapoor, whose marriage spurs a turn of events among four families. Set in 1951 India, A Suitable Boy is about a literature student Lata Mehra, who is torn between familial duty and love, while her suitors try to win her heart.

Delhi Crime was the flagship show for the platform it streamed on. Rasika played the role of idealistic young officer Neeti Singh. Directed by Richie Mehta, the Netflix India Original bagged the best drama series honour at the 48th International Emmy Awards. Told from the perspective of the Delhi Police team investigating the crime that made global headlines, Delhi Crime deconstructs the case of the 23-year-old physiotherapy intern who was abducted and gangraped in a moving bus on the night of December 16, 2012, before she was abandoned on a Delhi road.